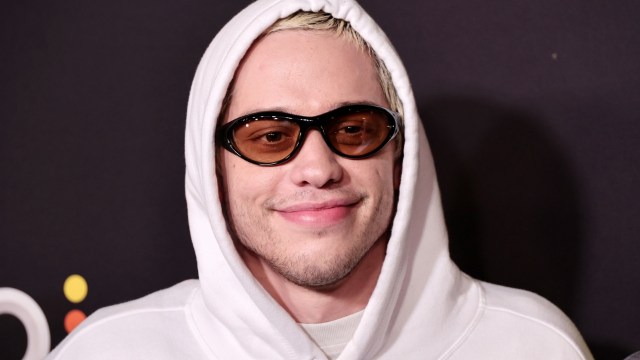 Charlamagne tha God had a wide-ranging conversation about his former friend Kanye West on the latest episode of his The Brilliant Idiots podcast with cohost Andrew Schultz, in light of the ongoing controversy surrounding the rapper’s anti-Semitic remarks he inexplicably continues to double down on. But while Ye’s recent behavior is certainly no laughing matter, Charlamagne did bring up one anecdote involving his sworn enemy Pete Davidson, which would have taken place soon after the comedian began dating Kim Kardashian last November.

As Charlamagne recalled, it was shortly after Thanksgiving when West called him unexpectedly. “He’s basically trying to get me on board to sh*t on someone he knows is my friend, Pete Davidson,” the 44-year-old Breakfast Club host explained. “Like, you’re not calling me just to call. You know Pete is my friend.”

Interestingly enough, this conversation allegedly took place before Kardashian literally wore Monroe’s iconic dress to the Met Gala — though it’s unclear if that had anything to do with Ye’s comparison.

Charlamagne explained that sometime later, he discussed the issue with Ye again. “But I say to him, ‘Don’t make me tell everybody why you really mad.’ But the reason I keep bringing up Pete’s penis on the radio is because I know it f*cks with you,” he added. “And you said that to me. But he gets on the interview and acts like he don’t know where that came from! Motherf*cker is a master manipulator.”

As if we had any reason to doubt. If nothing else, Kardashian is well aware of her ex’s manipulating ways. And as for the other fact-checking from the conversation? We’ll just have to take Charlamagne’s (or Ye’s, or Kardashian’s) word for it.