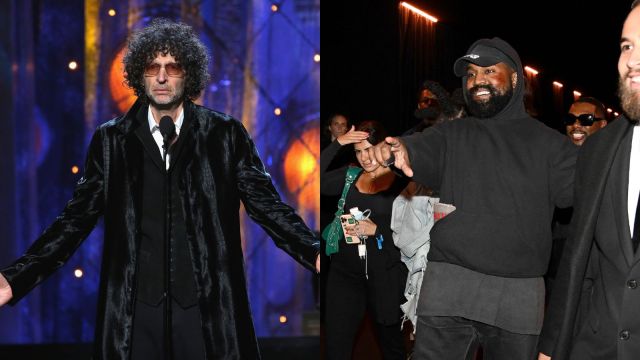 West has made himself a target with a series of horrendously poor anti-semitic comments, with the worst being his threat to go “death con” on Jewish people. If a threat like that sounds familiar to you, congratulations on paying attention to history. Stern spoke on his radio show about West and didn’t hold back.

Stern took issue with West and his supporters using the rapper’s mental illness as an excuse or defense, and believes he should face the same fate Britney Spears did with a conservatorship. Arguably not the most helpful thing to say and a bit tone-deaf, but Stern raises a point that has been floated in the past.

“I don’t know much about Kanye West. I’m not big into the rap scene, but, he is, you know — I’m really tired of people excusing his behavior, by saying, ‘Well, he’s just mentally ill.'”

Not just content with those comments, he compared him to Hitler and said West used to be “fun crazy”.

“Kanye was on the Chris Cuomo show, and good lord, you gotta hear the shit this guy’s into and fuck this mental illness, self defense thing that he’s into, you know, like, ‘Oh yeah, he’s just mentally ill. Don’t worry about it…’ If he’s so mentally ill, why don’t they appoint a conservator over his money like they did with the poor Britney Spears?”

“This is so depressing. I mean, Kanye used to be fun crazy. Now he’s like Hitler”

Fun crazy might be the best way to describe the car-crash celebrity phenomena of West, with his public outbursts causing concern and amusement for a few years now. Elon Musk told followers he had spoken with West following his deranged tweets, and believes Ye took it to heart.