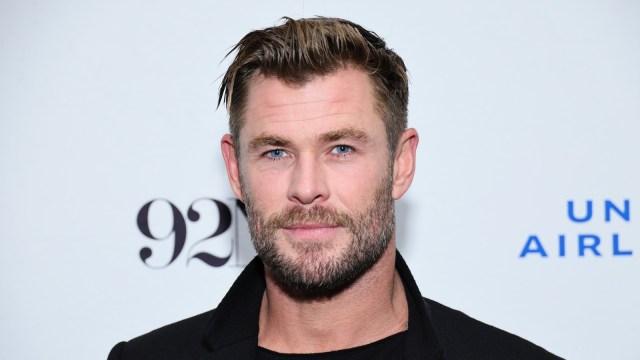 It’s easy to forget that celebrities are just like us. They have millions of dollars and some, like Chris Hemsworth, are known the globe over as superheroes. While he’s an international superstar, that doesn’t mean he’s immune from health issues. And he recently found this out in a sobering way.

Hemsworth has a new documentary series called Limitless on the National Geographic channel that explores the natural process of aging and what, if anything, can be done about it. The actor took a large selection of genetic tests for the show and what he learned was his “biggest fear,” the actor told Vanity Fair.

The tests showed that the Thor: Love and Thunder actor has two copies of one dangerous gene: APOE4. This gene, which he got from both his mother and father, is associated with an elevated risk for Alzheimer’s disease – a brain disorder that slowly erodes a person’s ability to remember and think cogently.

About one in four people have one of the gene but only about 2% have both. Hemsworth is one of those. While he’s obviously worried, Hemsworth emphasized that the news is by no means a guarantee that he will get the disease.

“My concern was I just didn’t want to manipulate it and over dramatize it, and make it into some sort of hokey grab at empathy, or whatever, for entertainment. It’s not like I’ve been handed my resignation.” He’s even tried to flip the script on the news.

Now that he knows, he’s taken steps to minimize his risk. He’s also gotten a bit more introspective since he learned about it. In the show, he was originally supposed to be told the results of his test on camera. But the doctor told director Darren Aronofsky he didn’t want to do that.

“I don’t want to tell him this on camera,” doctor Peter Attia said. “We need to have an off-side conversation and see if he even wants this to be in the show.”

Hemsworth said, “It was a pretty brief conversation, all things considered.” He told his parents and they had questions. He also had questions.

“I wish I’d had a more intense follow-up with it because I didn’t really know what to think. I was like, “Am I supposed to be worried? Is this concerning?”

He said the show went from a fun study on longevity to something “even more relevant and important for me, even more poignant than I ever thought it would be.” The doctor told Hemsworth he is “eight to 10 times more likely” to develop the disease than the average person.

Working on a show about mortality made Hemsworth question his own choices in life and whether he was spending his time the right way.

I felt like I’d been in a sprint for 10 years, and all these moments that were dream scenarios would fly by. Moments that I should have been stepping back and going, “Wow, this is incredible.” He wasn’t “enjoying what was right in front of me,” he said.

Limitless premiered Nov. 16 on Disney Plus.