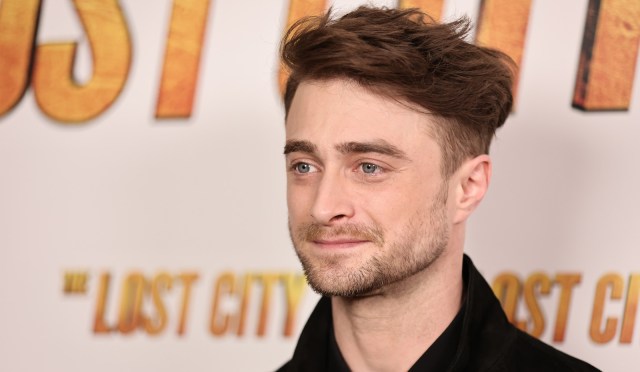 Many are wondering who will take on the very difficult task of filling Hugh Jackman’s shows once the actor finally, and we mean finally, steps down from the role of Wolverine. Now, as usual with these kinds of things, fans often put forward their choices for who they want to see in the role, and one name, in particular, has come up over and over again, and that person is Harry Potter himself, Daniel Radcliffe. The actor has spoken out numerous times about the fan-casting and is ready to finally put it all to bed.

Wolverine has iconically been played by Jackman since 2000, in a run that we all thought had ended when the actor stated that 2017’s Logan would be the last time he appeared in the role. The film was a phenomenal send-off to the character, one of his best outings yet, and felt hugely final, but it looks like Jackman’s good friend and fellow superhero Ryan Reynolds was able to convince him to don the claws once more for Deadpool 3. Beyond this, it still looks as if the character will need recasting if he is to appear elsewhere in the MCU as the X-Men are finally set to join the cinematic universe.

Radcliffe has been suggested time and time again to take on the mantle, but the actor has shown no interest in doing so and talked to GQ about the rumors circling him, shrugging them off and saying “It’s purely a press tour rumor; I say something, and then occasionally I get bored of answering that way so I say something different, and that sets it off again. I should just never open my mouth.”

Another thing Radcliffe aspires for in his career is flexibility, having spent almost his entire childhood as the character that will forever follow him, The Boy Who Lived. The British actor values the freedom that has come since it ended saying, “I just don’t ever want to get locked into something, that I am not sure I will be able to love the same amount the whole time.” Taking on a Marvel role is a huge undertaking, especially a role like Wolverine which has seen Jackson portray the character for over two decades.

On why people started fan-casting him in the role, Radcliffe believes it has something to do with his stature, telling The View‘s co-host Ana Navarro, “I think because in the comics Wolverine is short, so every so often people are like ‘who’s a short actor?’ There’s never been any actual truth to it.”

You can catch him instead in one of his latest crazy projects, this one literally titled Wierd: The Al Yankovic Story, a “biopic” of the singer that saw Radcliffe wearing a rather hilarious wig throughout. The film will be available to watch on The Roku Channel from Nov. 4.