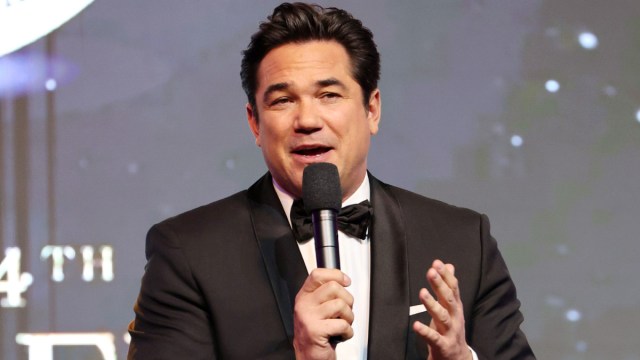 As developed nations around the world are gradually continuing to ease mask requirements, on Monday, the Canadian government announced that it will no longer require people to wear masks on planes beginning Oct. 1. Unfortunately, the new mandate did not impact Lois & Clark: The New Adventures of Superman star Dean Cain, who evidently learned the hard way that the rules were still in place yesterday.

“Found it utterly ridiculous that I had to wear a mask on the plane — flying to/from Canada,” the former man of steel tweeted, with a furrowed brow at the indignity of being asked to wear a small piece of cloth over his nose and mouth to help stop the spread of COVID-19.

Shockingly, as Cain’s tweet began to go viral, people on Twitter began ridiculing him over his struggles.

“It’s true,” tweeted TV’s Frank [Conniff]. “When future historians look back on the struggles of people who were forced to put a piece of cloth over their faces, they will wonder how we ever managed to cope with such hardship.”

But given that Cain used to literally portray Superman — a superhero known to be one of Earth’s greatest protectors who would almost certainly wear a mask during the pandemic out of a message of public safety, if nothing else — many others found the apparent hypocrisy between actor and character too much to bear.

As such, people began pointing out the differences between Cain and Clark Kent, of which there are too many to even number.

At least we know Henry Cavill would never — love to see a considerate super king!