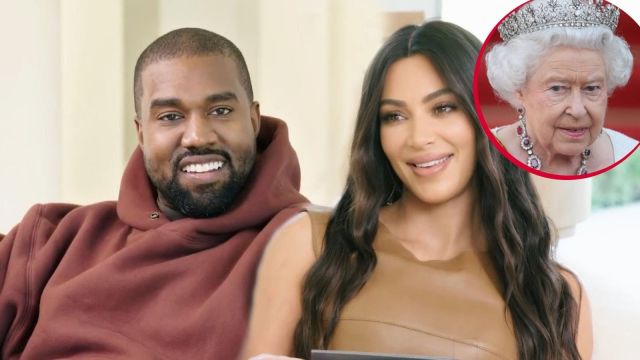 Amidst partnership contractual endings and brand negotiations, Kanye West has compared his latest separation to that of England and the late Queen Elizabeth II…or so it seems.

Earlier in the morning, Ye, the musician’s legal name since October 2021, posted a cryptic message on Instagram stories that read “LONDON I KNOW HOW YOU FEEL I LOST MY QUEEN TOO”. The message appears to go side-by-side with yet another image shared by the designer, where he shared an image of his ex-wife and the mother of his four children, Kim Kardashian.

The A-list duo separated earlier this year, putting an end to their eight-year marriage. West has since used social media as a coping mechanism, as well as a way to communicate with the Kardashians, causing even more ruckus regarding the couple’s divorce.

West’s past decisions regarding social media exposure have led people to believe the cryptic message (mourning?) pointed at the late Queen Elizabeth II was directed at Kardashian himself, indicating that West has yet to move past their separation. However, Reddit seems to believe otherwise.

Several users on the subreddit WestSubEver have partaken in sharing their own thoughts regarding the story posted by the singer, claiming their immediate connection to West’s late mother, Donda, who passed away in 2007 after complications during bypass surgery. Fans of the singer seem to believe the connection with Donda makes more sense than that of the Kardashians, as West has been incredibly open over the years about the mental health impact of his mother’s passing.

In Aug. 2021, West released his 10th studio album named “Donda”, as an homage to his late mother, and 2008 album “808s and Heartbreak” has also allegedly been linked to her passing.

Whether the Instagram story is directed at Kim Kardashian or his mother, is impossible to ascertain with any real certainty. However, one can expect that in usual Ye fashion, this will not be the last we’ll hear of the singer’s mourning passage, whether it’s for Queen Elizabeth II or otherwise.