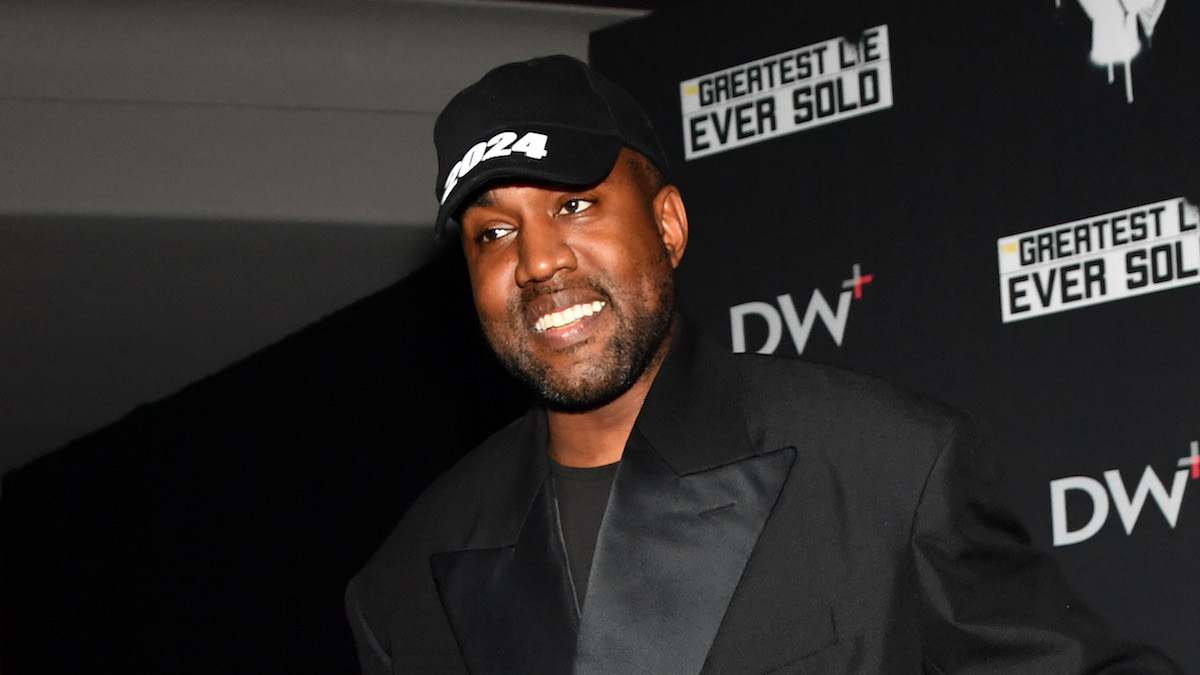 That extravagant generator of music and controversy, Kanye “Ye” West, is at it again. The rapper — who was once praised for his musical genius and provocative lyricism — quickly became a hot topic of controversy following the voicing of his antisemitic stances and love of Adolf Hitler. Fans of the artist have, for the most part, stayed away from publicly praising West as a human being, instead closely following his musical career which appears to still be very much active.

While Ye appeared to be MIA for a few weeks, he seemed to be simply evading his former manager. Not long after the rumors surfaced among netizens, all speculation faded into what is now a rumored romance bordering on a public declaration of marriage. The 45-year-old was spotted with a mystery woman at a restaurant in Los Angeles. Speculation surrounding the woman’s identity took over social media, as fans and non-fans alike worked to discover who exactly this new woman in West’s life is.

West and his ex-wife Kim Kardashian recently reached a divorce settlement, with both parties moving on from their eight-year marriage in the form of newfound love and relationships. From Julia Fox to Brazilian model Juliana Nalú, the rapper has not shied away from new relationships even after a decade with the Kardashian. Regardless, none have made quite the fuss as the new woman in Ye’s life. What exactly happened to spark the rumors?

Initially reported by TMZ, West and a ‘mysterious’ woman were spotted at a café together. The duo appeared comfortably engaging in conversation while eating. According to the report, the two of them were also spotted arriving together on Saturday and Monday at a hotel.

In the past few hours, all identity research came to a halt when it was discovered that the woman accompanying West was Yeezy architect Bianca Censori, and if all evidence is pointing in the right direction: the two have also gotten married. Ye appeared in public while wearing a ring on his left hand — immediately spotted by the media — causing even more speculation about West and Censori’s relationship.

Censori and West’s relationship dates back several years, from the moment the architect started working at Yeezy. She was usually seen sporting brown hair, which has since been dyed blonde. Initially, the rumors pointed to the mystery woman’s identity belonging to OG Yeezy model Mercedes Maxwell, who Ye still follows on Instagram. All rumors have since died down as more people realized it was Censori with a new look.

Chatter surrounding the ring immediately arose, and TMZ has come forward with the allegation that West and Censori celebrated their love in a private ceremony. The Australian architect and the Chicago-born artist have known each other for several years, as the previous brunette worked as an architectural designer at Yeezy, West’s company. Nonetheless, the article alleges that they haven’t filed any official papers to legalize their marriage, and Ye appears to be wearing the ring as a totem to symbolize his commitment to Censori.

While it is not yet confirmed whether the rapper has officially tied the knot with Censori or not, all evidence points to the duo having made things official to some degree. Earlier today, Consequence, one of West’s longtime friends and co-workers, seemed to have confirmed the marriage with an Instagram story congratulating Ye and Censori, acknowledging his happiness for their newfound future together.

In addition to his confirmation, West’s December release “Censori Overload,” also points to a possible reference to his new love. The song included the line “and the bible said I can’t have any more sex til marriage.” The mention of marriage might have been foreshadowing his future marriage to Censori.

Earlier this week, West made his return to Instagram, and promptly deleted all his posts and reels, while unfollowing most of the accounts he previously followed. Eagle-eyed fans immediately connected this familiar action to a potential new album on the horizon, as the artist is known to pull sudden stunts prior to new music release. In addition to the marriage rumors, and possibly new music release, the rapper may also be dropping his presidential campaign in the near future.