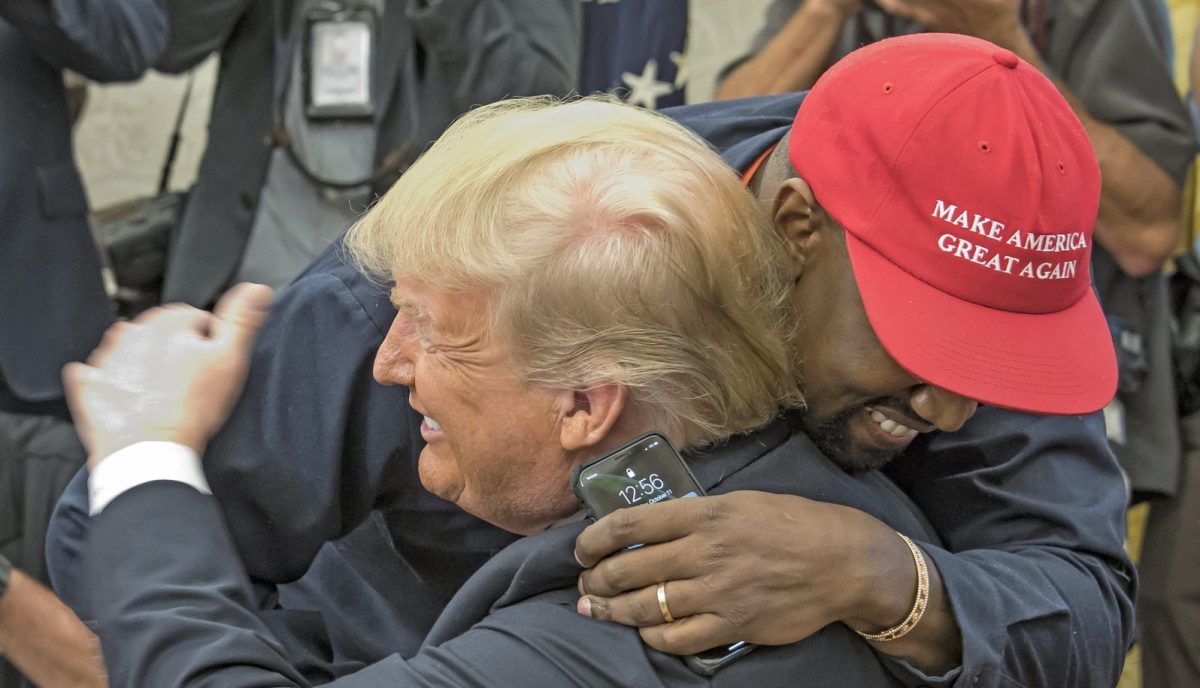 Between Kanye “Ye” West and former President Donald Trump both declaring their intentions to run for president in 2024, it could be the most controversial race for the Republican nomination ever witnessed. Who would have thought two polarizing celebrities-turned-politicians would be vying for the top office in the country? Apparently, seven years ago, Trump did just that.

Speaking with Rolling Stone in 2015, he gazed into his crystal ball and commented on Ye’s political future. “He’s a nice guy. I hope to run against him someday,” he proclaimed, thus cultivating an unlikely — though finite — bromance. After almost a decade has passed, and half of that statement could prove to be true, but four years later than the disgraced rapper initially proposed. God help us all.

Of course, that comment wasn’t exactly playing Nostradamus. The interview was published days after the 2015 MTV Video Music Awards in which Ye delivered a 13-minute rant/acceptance speech. The main takeaway was that he said he would throw his hat into the ring in 2020.

“I don’t know what I finna lose after this. It don’t matter, though. It’s not about me. It’s about ideas. New ideas. People with ideas. People who believe in truth,” he declared. “And yes, as you probably could’ve guessed by this moment, I have decided in 2020 to run for president.” He soon added that before he took the stage, “I rolled up a little something. I knocked the edge off.”

Upon discovering the seven-year-old video, Reddit users were all too happy to give their opinions.

Earlier this year, Ye said that he would, in fact, be hitting the campaign trail in 2024. In one of the most infamous dinner scenes since Michael Corleon shot Virgil Sollozzo in The Godfather, Ye and outspoken white supremacist Nick Fuentes visited Mar-a-Lago, where the disgraced rapper told Trump of his political intentions. It reportedly caused an epic meltdown from the former commander in chief, who also plans to run for president in 2024.

Since then, Ye has become the face of antisemitism with remarks about loving Hitler and Nazis at the cost of a number of sponsorships and potentially billions of dollars. Meanwhile, Trump is mired in numerous investigations and further sparked outrage when he suggested the country “terminate” the Constitution.

Considering the current state of affairs for both Trump and Ye, it’s hard to imagine one, much less both, getting on the primary ballot in 2024, but it could happen. After all, Trump managed to get into office in 2016.