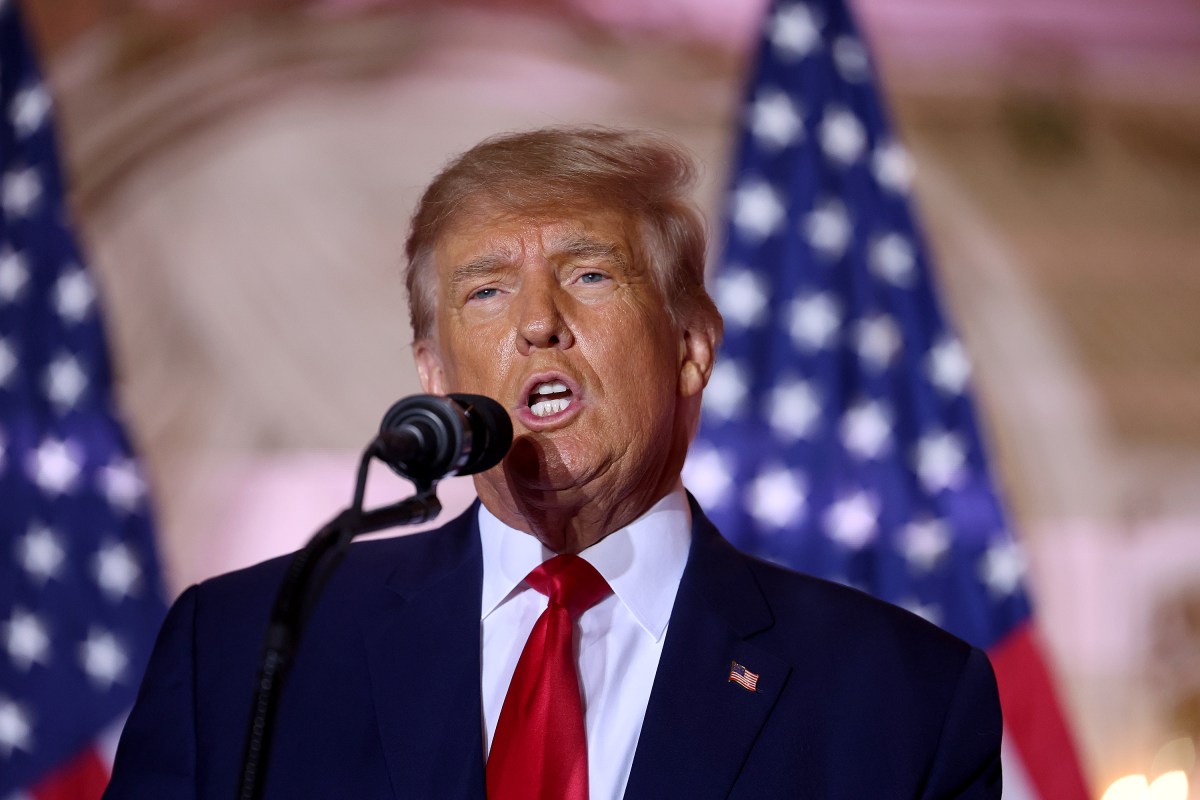 Donald Trump announced that he was jumping on the NFT bandwagon by releasing his own trading cards collection. The former President of the United States revealed the news on his Truth social media profile on Dec. 15. In the post, Trump wrote that the “limited edition cards”, sold for $99 on the Collect Trump Cards website, are inspired by the events that occurred in his life and career.

In addition to the announcement, the site unveiled the numerous prizes individuals can win in a sweeptakes after placing their order. The list contains an individual or group zoom meeting, a meet and greets package, an opportunity to golf with Trump, signed memorabilia, and a dinner in Miami. Collect Trump Cards’ website also offered fans willing to spend a higher rate for the NFT trading cards, $4455 to be exact, the guaranteed option to go to a Gala in South Florida.

Despite the pandemonium surrounding Trump’s NFT trading cards, only 45,000 digital copies are being released to the general public, most of which are sold on his site. In this article, many will see the trading cards’ visuals and learn about their possible significance.

Trump’s digitalized portrait of himself standing in front of the famous Hollywood landmark that he changed to the name Trump World could have signified his past success in California.

He started his career in Hollywood in the 1980s by making various appearances in movies, television shows, and commercials. His most famous cameos included Home Alone 2: Lost in New York and The Fresh Prince of Bel Air. Trump would ultimately become a household name in 2004 after he started hosting NBC’s The Apprentice. The competition reality series’ premise involved a group of individuals judged by their business expertise.

In May 2007, Trump announced that he was leaving the show after it failed to pick up for the seventh season due to its low ratings. Immediately after Trump’s resignation in July of that same year, the company shared that he was returning as host for The Apprentice spinoff The Celebrity Apprentice, since Trump still had a year left with his NBC contract. Trump would remain a host until June 2015 after he was fired for the racist comments he made about immigrants when announcing his presidential candidacy.

In the second image, Trump, who has laser-beaming eyes, is standing in front of the widely known Trump Towers and gripping his shirt open to showcase his superhero suit.

Although the meaning behind the actual photo is unclear, a few could guess that he could be protecting what’s left of his hotels and resorts after a handful were closed down for several reasons, including bankruptcy and being sold to investors for a hefty fee.

Trump’s hotels that closed because of bankruptcy included Atlantic City’s Trump Plaza and Casino and Hotel and Vancouver’s The Trump International Hotel.

Earlier this year, NBC News reported that the Trump organization reached an agreement to sell their Trump International Hotel, located in Washington D.C., for $375 million to a Miami investment firm named CGI Merchant Group. The property is slated to be relaunched and renamed as Waldorf Astoria Hotel.

Trump and Statue of Liberty

The third photo showcases Trump standing and posing in front of New York’s Statue of Liberty. This can only signify his love for his home state. Trump was born in New York on June 14, 1946, and stayed there until he was elected president in 2016.

Despite living in the White House in Washington D.C., he still registered his primary residence in New York as his address. In October 2019, Trump revealed on Twitter he decided to leave New York.

He wrote, “I cherish New York and the people of New York, and always will, but unfortunately, despite the fact that I pay millions of dollars in city, state and local taxes each year, I have been treated very badly by the political leaders of both the city and state. Few have been treated worse. I hated having to [make this decision].”

In the fourth visual, Trump appears to be cheering in front of the rising stock market board. Throughout his presidency, Trump has claimed that he was the reason behind the stock market’s success despite tragically crashing numerous times.

One particular instance occurred in January 2018, after Trump called out the media on Twitter for not mentioning that the stock market “hit another new record” after he boasted about how the Republican tax reform would improve the economy.

He said in the tweet: “The Fake News Media barely mentions the fact that the Stock Market just hit another New Record and that business in the U.S. is booming…but the people know! Can you imagine if “O” was president and had these numbers – would be biggest story on earth! Dow now over 25,000.”

Trump’s NFT hunting-themed trading card showcase the significance behind his family history with hunting. In 2015, although Trump admitted to not participating in that activity, he came to his sons Eric and Donald Trump Jr.’s defense after they received massive backlash for hunting endangered animals in Africa and sharing the photos online.

Trump said during a press conference in Scotland: “My sons love to hunt. They are members of the NRA, very proudly. I am a big believer in the Second Amendment. But my sons are hunters, Eric is a hunter and I would say he puts it on a par with golf, if not ahead of golf. My other son, Don, is a hunter. They’re great marksman, great shots, they love it. I like golf. I don’t do that.”

Trump and his love for golf

The sixth picture, which includes a smiling Trump hitting a golf ball, indicates how much he enjoys playing the sport.

Trump’s golf interest even led to him purchasing 19 golf properties in all parts of the world. His golfing passion ran so deep that news outlets started tracking how often he went to one of his many properties during the first of his presidency despite admitting to the public that he would have to limit his time. In 2017, NBC News stated Trump “spent 90 of his 345 days in office” playing golf.

Trump dressed as a superhero

The final image in the article shows Trump posing in superhero attire with the number 45 plastered everywhere. The number 45 is significant because it was Trump’s presidential number. Regarding Trump dressing as a superhero, many could guess it’s because he tried or is trying to save America and make it great again.

Other NFT visuals displayed on the Collect Trump Cards site include Trump dressing as an astronaut, a NASCAR driver, a sheriff, a boxer, etc. To view all of these and more, click here.