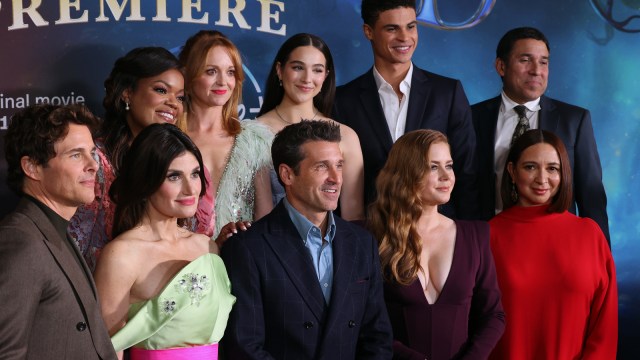 (Photo by Jesse Grant/Getty Images for Disney)
Review of:

Some people may consider Chris Evans or Chris Hemsworth as the epitome of Hollywood heartthrobs, however, the internet begs to differ. Some netizens on Twitter are finally taking a stance on the controversial, yet quirky, subject of the most coveted men in Hollywood, and for some fans, it just so happens to be a name that everyone knows, but may not recognize at first sight: James Marsden.

In a tweet, inherently dismissive of all of Marvel’s Chrises yet complementary to Marsden, a fan stated his opinion regarding the Hairspray actor, and his ever-growing legion of fans—which, in his opinion, should be even larger. “James Marsden should be more famous than any of the Marvel chrises,” read the tweet. Brutal, yet understanding—especially after taking a peek at a wonderful rendition of “A Whole New World,” performed by Marsden and the one and only Idina Menzel on The Late Late Show.

Marsden’s charm and impressive repertoire are absolutely astonishing on their own. Known for having titles such as Enchanted, The Notebook, and X-Men under his belt, Marsden has proven his proficiency in acting and performing over and over again. Still, it somehow seems that the actor’s feats remain extremely undervalued, and as everyone seems to believe, the 49-year-old is still incredibly underrated.

The Oklahoma-born former model is incredibly celebrated for his versatility, charisma, and good looks, nonetheless, the actor often takes secondary roles, despite winning over the hearts of millions with his charm and wit.

Pitting handsome actors or celebrities online is never a foreign concept. However you may feel regarding Marvel’s Chrises or Prince Charming Marsden, one thing’s for certain: we are all very lucky to be existing in the same universe as this immeasurable amount of talent.