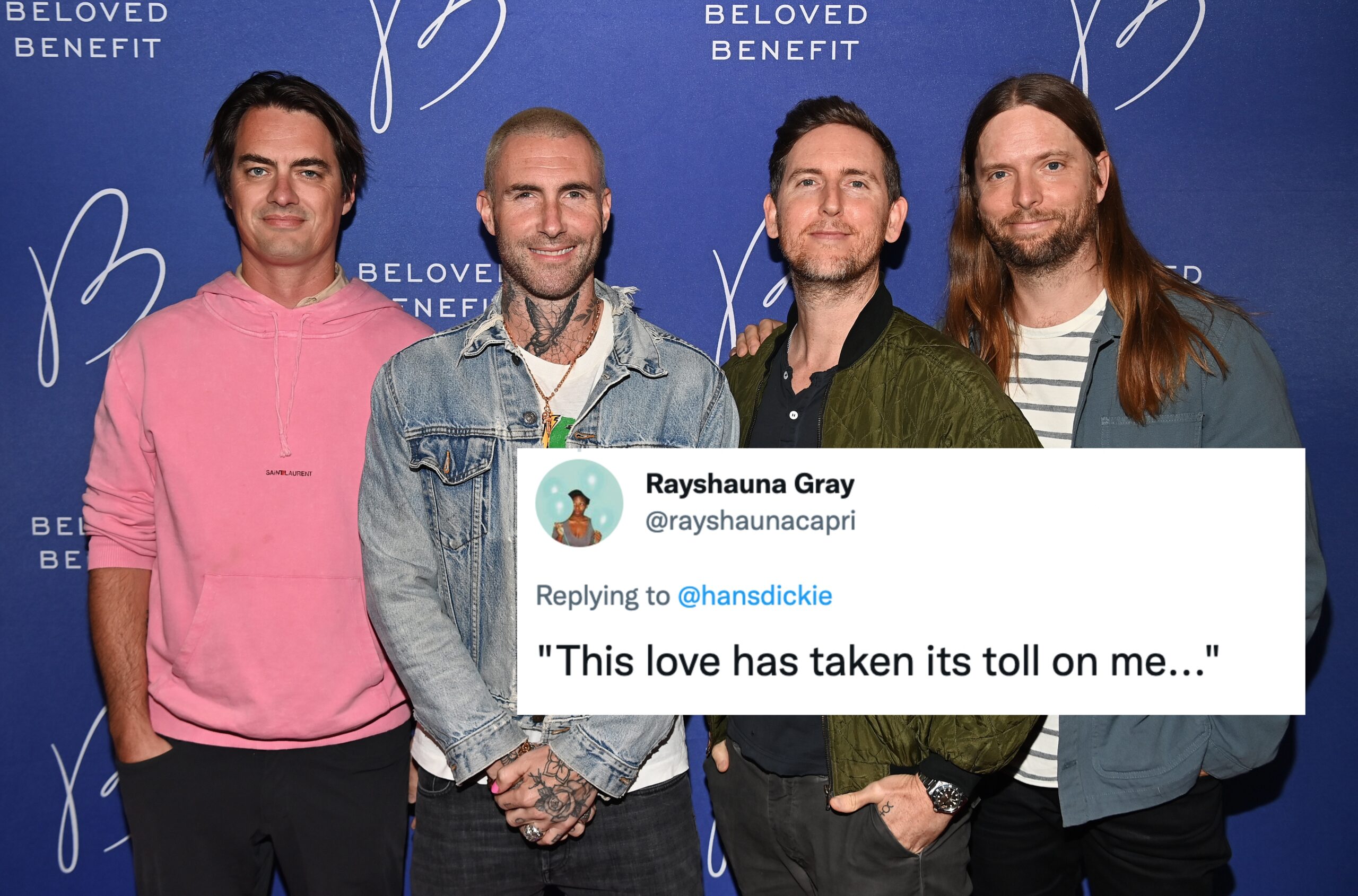 In case you’ve been living under a rock for the last few days, Adam Levine is currently in the proverbial hot seat after Instagram model Sumner Stroh revealed her year-long affair with the notable musician. And from the deep-dive of his vomit-inducing texts sent to various women to his most god-awful tattoos, folks on the internet are obsessed with the controversy surrounding the singer. Although, there is one question that is still sitting in the minds of millions of people around the world — how will the rest of Maroon 5 respond?

If you’re keeping tabs, Levine has been the frontman of the aforementioned band since the mid-’90s. Over the years, the group has achieved plenty of success within the music industry, but fans are still surprised that the rest of the members have kept quiet during this entire ordeal — which has seemingly left matters in the hands of folks on the internet.

Over on Twitter, comedian @hansdickie posted an amusing tweet that blatantly asks other users to guess what the other “Maroon 4” members have to say.

Unsurprisingly, people on Twitter simply couldn’t resist giving their two cents. As a result, the replies are full of genuinely funny responses — from folks quoting Maroon 5’s lyrics to using play-on-words with the band’s name.

These replies are pure satire, of course, and not the actual response from any of Maroon 5’s members. But folks speaking on the band’s behalf has certainly become a meme in itself. It still remains to be seen when, and if, the other members decide to post a response, but we’ll definitely be waiting with bated breath.