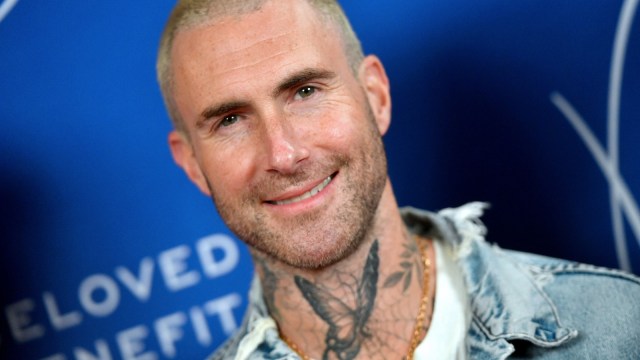 Adam Levine is making headlines once again following an increasing number of accusations that he has cheated on his wife with other women. So why not take this opportunity to count down some of the singer and actor’s cringiest tattoos since the internet always needs a villain-of-the-moment to roast?

Why do something constructive like examine and address our own flaws when it’s so much more fun and comforting to remind ourselves that at least we don’t look like a Hot Topic in human form, like Levine? Not only does Levine boast being the lead singer of the band Maroon 5 — who probably should’ve dissolved into obscurity when the Black Eyed Peas were still dominating the music charts — but he also seems very proud of the tattoos that have united people from all walks of life in their shared hatred. Even Ben Affleck’s infamous back tattoo of a phoenix would weep at the stereotypical nature of the ink-based body art.

Comedian Matt Fernandez probably put it best when he said: “Adam Levine’s tattoos look like he just goes to a tattoo parlor and says ‘One tattoo please.'”

Back when Levine performed at the Super Bowl a few years back he did so without a shirt on, in a wardrobe choice that we assume was upon his insistence. After the show, Levine’s “California” tattoo on his belly instantly became a meme for many, with a ton of men across the country taking to writing their own home state on their stomachs to mock him, such as the Santa Clause one above, featuring a portly man who wrote “North Pole” on his bowl full of jelly. CountryLiving created an entire roundup of similar images, taken from the Facebook page Real Men In America, if you want to see more.

In case you needed to get even more specific with where Levine calls home for himself, the singer has penned a veritable address book on himself by sporting another tattoo on his upper right arm that says “Los Angeles.” Levine told People that the tattoo was a “Simple case of hometown love.”

Levine’s very first tattoo was reportedly that of a dove on his upper left arm in memoriam of 9/11 when he was just 21 years of age. “I felt this needed to say something with this peaceful thing on my body,” Levine told People. We’re not faulting Levine for wanting to commemorate such a tragedy, but the image itself does little to stand out as looking like anything other than a corporate logo for a soap brand in his already generic sleeve.

Remember Affleck’s back tattoo of a phoenix we mentioned earlier? Levine has one-upped the actor in terms of picking an image straight out of a generic tattoo book to grace his back. In what looks like a lightly remixed version of the Starbucks logo, the image of a mermaid holding a skull with a pirate ship in the background reportedly took the singer six months of sessions to complete.

If you thought Levine’s tattoos were original up to this point, that’s likely all about to change once you see the cliche image donning the singer’s right wrist. In an image that looks like it was designed after a temporary tattoo from a coin-op machine at a grocery store, Levine’s “mom” tattoo doesn’t even contain so much as a first name for the woman who birthed him.

A butterfly trapped on a spiderweb

Nothing screams middle school-era poetry more than the bold juxtaposition of a butterfly ensnared on a spiderweb. But such an image is exactly what dons Levine’s neck for a tattoo he got back in October 2021.

The tattoo that has arguably aged the most poorly is his “True Love” message written on his hands, which the singer debuted in an Instagram post that also hasn’t aged well — by grabbing the buns of his wife Behati Prinsloo back in 2017.

There’s nothing more cheugy than getting a tattoo in another language for seemingly no other reason than to co-opt the aesthetic of another culture that one does not have any legitimate connection to. And while we’re not saying it’s an absolute crime for an English speaker to get a tattoo of anything other than English on their body, it does scream “hipster” to a nauseating degree to see a Sanskrit phrase tattooed on Levine’s upper left chest in what is reportedly his homage to yoga. Namaste.

Levine has not expounded much on this particular tattoo, but the eagle image that is inked across his rib cage only serves to once again reinforce the overall trapper-keeper aesthetic that he seems to be going for.

Perhaps the cardinal sin of Levine’s foray into getting inked is the fact that — taken all together — the overall pattern arguably resembles a to-go bag from Chipotle, as one commentator pointed out. Another Twitter user seemed to concur with that assessment following his Super Bowl appearance, sadly.

Another Twitter user hypothesized Levine likely requested an “entire flash sheet” when he got inked up.

It was enough to make one Grand Theft Auto V fan wonder if the tattoo parlor Levine visited was actually located in the virtual city of Los Santos.

Now that we can all collectively agree upon the cringiness that is Adam Levine, maybe we can finally get that long-awaited performance of “Sweet Victory” from SpongeBob SquarePants that the singer so disappointingly failed to provide during his Super Bowl performance by whoever next helms the halftime show.