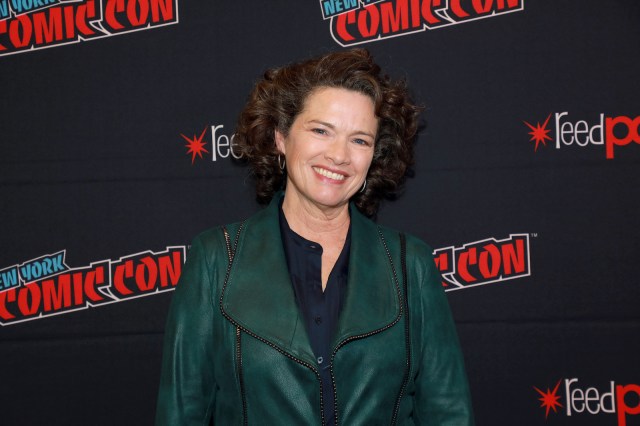 Heather Langenkamp has made a name for herself in the horror genre. Her first film in horror was in the 1984 film A Nightmare on Elm Street where she played the role of Nancy Thompson. Interestingly, she was cast in the Francis Ford Coppola hit The Outsiders in 1983, but her scenes were deleted. That didn’t matter though, because she has gone on to earn 49 more acting credits and most of those are in horror as her fans these days are having issues with her not getting the credit she deserves as an iconic “scream queen.”

That’s a huge shoutout from @butchyeugene on Reddit, and the comments are flying as fans have come out of the woodwork to agree. Most of her fans are recommending The Midnight Club, which she stars in now as she plays several roles of Dr. Georgina Stanton, Detective Black, Detective Fisher, and The Devil.

Now, there’s a thought. Cast her in American Horror Story where she would shine as a scream queen in front of millions of fans. That might get her the new attention the horror veteran deserves.

Her fan @radriggg steps out on a limb with his thoughts on the matter. Not comparing Jamie Lee Curtis to Langenkamp but saying she surpasses her performance. Not sure how many fans agree, but that shows the love she’s getting these days.

This fan adds to the conversation and sums everything up perfectly. Langenkamp hasn’t gotten the credit she deserves because Hollywood just hasn’t embraced her the way they have Jamie Lee Curtis. The thing about Curtis is she was born into the Hollywood scene with both parents being actors Tony Curtis and Janet Leigh. If that’s not enough to catapult an actress straight to stardom, nothing is.