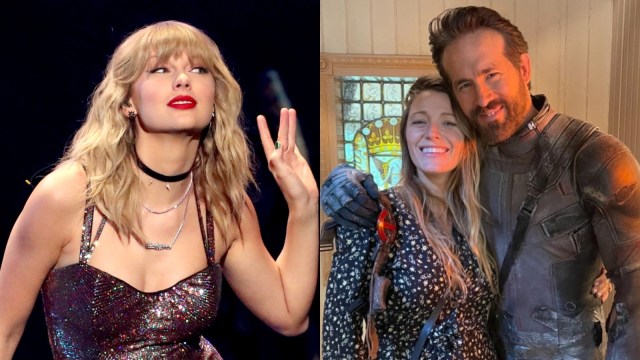 When it comes to Taylor Swift‘s albums, everything from their pre-promotions to their post-release is filled with sneaky hints and Easter eggs that Swifties take great pride in decoding. And this time, many fans of the singer are sure that she has dropped the name of Blake Lively and Ryan Reynold’s unborn child in her recently released album Midnight.

So, what has triggered fans to put their sleuthing skills to use? Apparently, Swift has dropped a vague name in one of her songs without any explanation as to who this mysterious person is.  The name crops up in the song “You’re On Your Own, Kid,” whose lyrics go as follows — “I see the great escape, so long, Daisy May / I picked the petals, he loves me not / Something different bloomed, writing in my room / I play my songs in the parking lot.”

Fans are beyond certain that this Daisy Mae is not some simple name Swift threw in her song.

Why have Swifties been so quick in jumping to the conclusion that Daisy Mae is the name that Lively and Reynolds have chosen for their fourth child? Well, there are two reasons. For starters, the “Bad Blood” singer has been one of Lively’s close friends for years now. Also, this won’t be the first time when Swift has added the names of the actress’ children in her songs. The names of three of Lively’s daughters — James, Inez, and Betty — have a place in her album Folklore.

But that’s not the only answer borne of the mystery of Daisy Mae. Not everyone has been racing to make the Blake Lively connection to the unknown name as some think it is a reference to the character of the same name in a video game called Animal Crossing: New Horizons.

If Swift referencing the turnip-selling boar in the video game wasn’t absurd enough for you, some even think that the singer name-dropped YouTuber and comedian Colleen Ballinger’s lipstick line “Daisy Mae.”

Yes, yes, we can’t roll our eyes enough at the last suggestion either. Anyway, so far, all the possibilities mentioned seem far-fetched at best, though the chances of Daisy Mae being the name of Lively and Reynolds’ fourth baby is indeed the lesser of the three evils. But even if it ends up being true, it is known that the A-list couple has no qualms about Swift calling out their children’s names in her songs — for them it is an absolute “honor.”

Well, as the mystery is not going to solve itself, all we can do is hope for Taylor Swift to take pity on her brainstorming fans and reveal the highly-awaited answer.