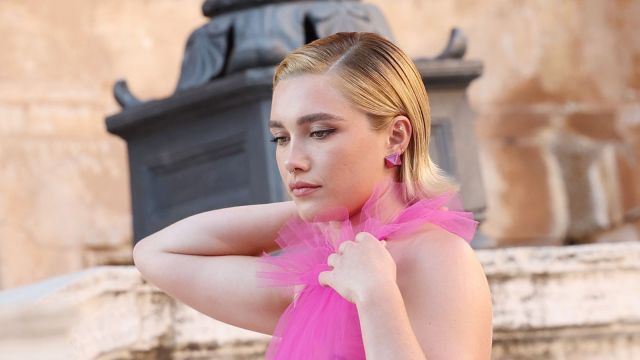 It would seem Florence Pugh is well and truly done with Don’t Worry Darling, and who can blame her? The now infamous film met with press disaster after press disaster before it even made it to screen, with reports of animosity between director Olivia Wilde and Pugh on set, Wilde’s relationship with Harry Styles, and then the infamous “did Harry Styles just spit on Chris Pine?” moment from the film’s screening in Venice. Any sane person would be more than happy to put that behind them and move on.

You would hope that with all the drama that surrounded the film, the result itself would be decent at least, but reviews for Don’t Worry Darling has not been favorable, though now it’s on streaming some viewers have found themselves enjoying the film. Pugh really does not need any of this, the actress is one of the most sought-after talents in Hollywood right now after giving astounding performance after astounding performance in everything she appears in.

Whilst talking about her next project, The Wonder, with the Sydney Morning Herald, journalist Robbie Collin thought he would risk asking about the scandals behind Pugh’s last film, only to be firmly rebuked. In response to what her perspective was on what went wrong with the film, Pugh responded “I really want to give my energy to this movie,” adding, “so I’m happy to just focus on questions about The Wonder.”

When the journalist cheekily pushed, asking if she was sure, he wrote “a previously invisible flunky swoops in from an adjoining room to declare that yes, she is.” Now of course it’s a journalist’s job to get the scoop, balancing the fine line between being friendly and encouraging the interviewee to open up whilst also trying to eke out those juicy details that fans want to read about that they may not be so forthcoming with. It is also the actors’ press advisor/PR team’s job to step in when the interview steps over a line.

Though Pugh herself has found multiple ways to throw shade at the film, from not showing up to the film’s press conference at the Venice International Film Festival, to her stylist sending barbs Wilde’s way during the event, she has avoided any outright discussion on the topic. With the film now completely over, and another project to promote Pugh is done with looking back at the mess that was Don’t Worry Darling.

Instead, you can catch her in the much better-reviewed The Wonder a faith-driven character piece set in The Irish Midlands in 1862. It was released in select theatres on Nov. 2 and is now available to watch on Netflix.