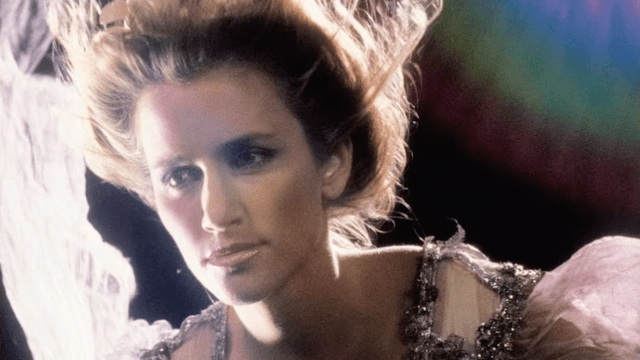 Kymberly Herrin, a Playboy playmate who appeared in movies like Ghostbusters, Romancing the Stone, and Beverly Hills Cop II, has passed away at the age of 65.

The Santa Barbara News-Press published Herrin’s obituary and said that she “passed away peacefully on October 28, 2022, in Santa Barbara, CA.” Herrin’s niece also confirmed the former playmate’s death in a Facebook post that featured Herrin and her two late sisters.

“They are all together now,” the niece said. “Aunt Kymberly Herrin. I love you.”

Herrin appeared in the March 1981 issue of Playboy and was named Playmate of the Month. She also did a number of advertisements for FIT magazine, according to Entertainment Weekly.

Herrin played a ghost in 1984’s Ghostbusters. In a recent interview with Polygon, Ghostbusters star Dan Aykroyd remembered sharing an intimate scene with Herrin. “Yes, I remember the woman who played that. Her name was Kym Herrin, and she was a Playboy Playmate. She played the ghost. Like, I wish they’d let that scene go a little longer.”

She played a Playboy Playmate in 1987’s Beverly Hills Cop II and had another small role in the 1989 Patrick Swayze movie Roadhouse. According to her obituary, Herrin was a lifelong Santa Barbara resident and graduated from Santa Barbara High School before pursuing a modeling career.

Herrin was also a sailor and lived and sailed a 75-foot-yacht for years. She’s survived by “her mother Billie Dodson, her brother Mark Herrin, nieces Theresa Ramirez and Stephanie Ross, nephews Brandon Herrin & Trevor Triegor, along with numerous grandnieces and grandnephews.”