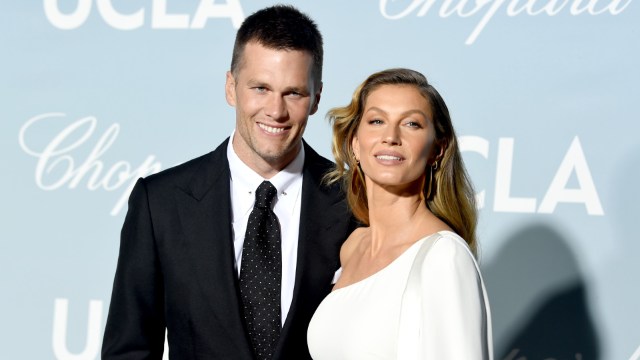 Following weeks of speculation into their marriage, on Tuesday it was reported that Tampa Bay Buccaneers quarterback Tom Brady and his wife of 13 years, supermodel Gisele Bündchen, have both retained divorce lawyers and are now proceeding with their conscious uncoupling.

It’s no small secret that Brady and Bündchen have been living apart for months now, after the 45-year-old announced earlier this year that he was retiring from the NFL to spend more time with his family, and then quickly reversed that decision just 40 days later. According to Page Six, the final straw was an “epic fight,” and the couple is now seeking to divide up their multimillion-dollar empire.

“I never actually thought this argument would be the end of them, but it looks like it is,” one source in the know tells Page Six. “I don’t think there will be any coming back now. They both have lawyers and are looking at what a split will entail, who gets what and what the finances will be.”

The couple share two children together, a son named Benjamin Rein born in 2009 and a daughter, Vivian Lake, born in 2012, as well as Brady’s older son from his previous relationship with actress Bridget Moynahan.

But if Brady and Bündchen are indeed over, we happen to know of one suddenly single and very eligible bachelor who not only does not mind a mature, older woman with kids, but also has recently cleared some real estate on his skin—ostensibly with his next lady in mind.

That’s right, comedian Pete Davidson, who has dated some of the most famous and beautiful women in the world—including Ariana Grande, Kate Beckinsale, Margaret Qualley, Kaia Gerber, and, most recently, Kim Kardashian—is now a free agent. And not the type who is looking for his next Super Bowl ring.

After news of Brady and Bündchen’s impending divorce proceedings hit Twitter, fans couldn’t help but point out the fact that the 28-year-old is now single and, one would only have to imagine, ready to mingle. And considering the majority public opinion on Bündchen’s ex, it couldn’t happen to a nicer guy.

Gisele, you know what you have to do. If a man won’t quit his job to save your marriage, get you a guy who will literally brand his name onto your skin. Eat, pray, love it up, girl!