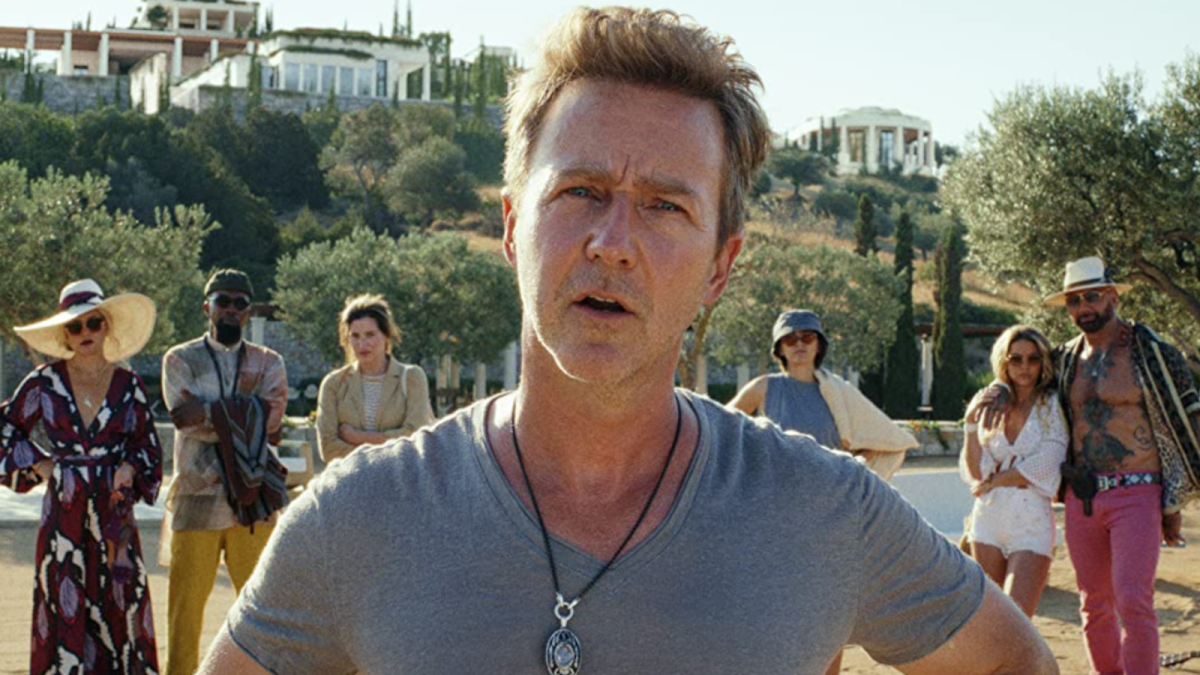 The Glass Onion sequel Glass Onion: A Knives Out Mystery has been a surprise hit, with many claiming it’s even better than the original. One of the more unusual occurrences in the film is a blink-and-you’ll-miss-it reference to Tom Cruise and the 1999 Paul Thomas Anderson film Magnolia.

At around 80 minutes into the movie, a group of characters get together to chat about their shared future. In the scene, Miles Bron (Edward Norton) meets up with a number of characters including Kate Hudson, Leslie Odom Jr., Kathryn Hahn, Dave Bautista, and Janelle Monáe.

But that’s not the weird part. What’s weird is his getup. Bron’s wearing a weirdly recognizable choice of clothing to those familiar with the Tom Cruise film: a black leather vest on top of a red velvet shirt with the top buttons open, and long black hair.

An eagle-eyed fan on Reddit spotted the getup and brought it up in a thread on r/MovieDetails. Check out a screenshot of the outfit below.

User thefilmbot went on to explain that this particularly explains how “Miles is incapable of creating ideas for himself and tries really hard to put on appearances. Other cases are him trying to look like he can play guitar when people visit his island or of course that he hired people to create the murder mystery but took credit for part of the film.”

According to Insider, director Rian Johnson had no idea Norton was going to dress up like the iconic character from the 1999 film. But he was also worried it might offend Anderson.

“… Jenny Eagan, our costume designer, came up with the look. I started cracking up. But then I thought, ‘Is this too much?’ I also thought, ‘What is Paul going to think of this?’ Hopefully he takes it in the right spirit.”