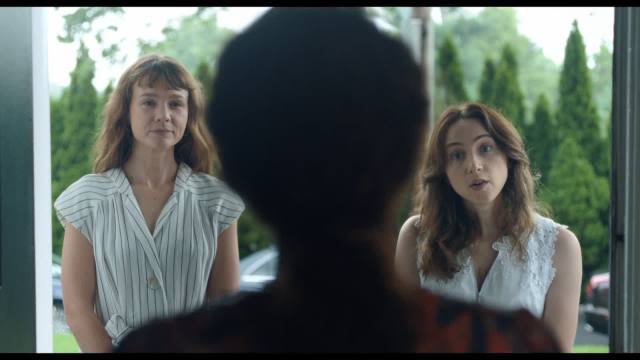 Image via Annapurna Pictures
Review of:

Convicted rapist and disgraced former movie mogul Harvey Weinstein may be on trial for more sexual assault crimes currently (he’s serving 23 years in prison on separate charges) but that hasn’t stopped him from gloating over the dismal box office opening of She Said, a movie about reporters taking him down.

The movie, which cost $30 million to make, pulled in a fraction of that at the box office this weekend despite glowing reviews from critics and a healthy awards buzz. The $2.2 million take is one of the worst openings for any major studio film this year, according to Variety.

The movie stars Carey Mulligan and Zoe Kazan as New York Times reporters Megan Twohey and Jodi Kantor and their journey trying to suss out the details of Weinstein’s crimes against women. The movie has both an 87% audience and Tomatometer score, but that didn’t translate at the box office.

Weinstein’s publicist Juda Engelmayer reached out to Variety to make a statement on his behalf, stating that Weinstein couldn’t comment himself.

“The film ‘She Said’ bombing isn’t a surprise. Movie watchers want to be entertained, especially now. Details of the investigation, the #MeToo movement, the story of Weinstein and the accusers, has been told over and over again these past five years and it is clear that there was little worth paying to see it here. Harvey, the film producer and distributor, would have known that.”

Weinstein faces up to 60 more years in prison if he is convicted in his current trial. He’s appealing his previous conviction and he also faces a slew of charges in the United Kingdom.

She Said is currently in theaters, unlike any Weinstein projects.