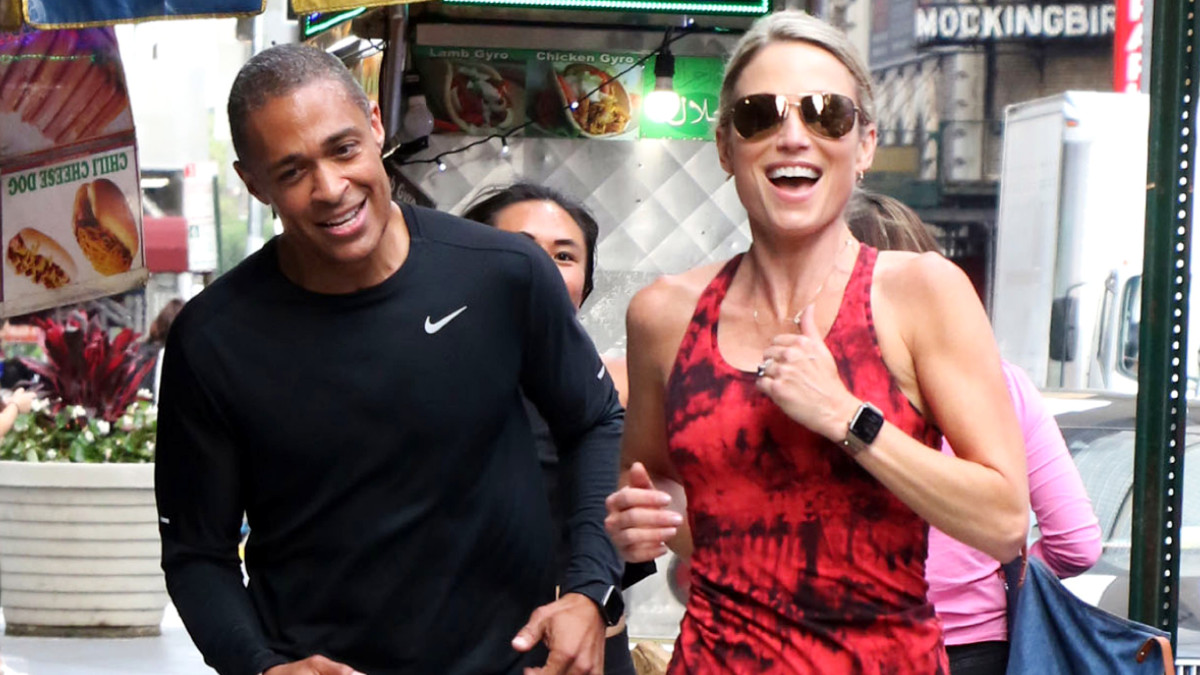 Things are over between suspended GMA host T.J. Holmes and his attorney wife of over a decade, Marilee Fiebig.

Reports surfaced Thursday that the couple, who wed in 2010, have officially filed for divorce, according to public court records. The couple share one daughter named Sabine, who was born in 2013, in addition to two children that Holmes has with his ex-wife Amy Ferson.

Of course, this should come as little surprise, as it has since come out that the 45-year-old and his former cohost, Amy Robach, 49, are now dating. After first being spotted looking cozy in New York City in November, the pair were photographed together walking arm-in-arm at Hartsfield-Jackson Atlanta International Airport just after Christmas on Monday.

“This was two consenting adults who were each separated,” a source told People earlier this month. “They both broke up with their spouses in August within weeks of each other. The relationship didn’t start until after that.”

Robach has likewise been married to actor Andrew Shue since 2010. She shares two daughters from her first husband, Tim McIntosh, to whom she was married from 1996 to 2008. The friendship between Holmes and Robach reportedly transitioned into a romantic one after they found comfort in one another through their respective breakups.

“‘They joked how good their chemistry was, but they shut it down and made it clear they were each going through their own stuff and there was nothing between them,’ the source added. ‘She and T.J. just did things together all the time. Her daughter babysat for his daughter. They were open about it. Their lives were intertwined because of work and they were best friends, so when their marriages ended, he was there for her and it was a very natural transition.’”

However, the budding relationship has not gone over well internally at ABC. Holmes and Robach were first taken off air on Dec. 5 and remain on hiatus while the network conducts an internal investigation. In the meantime, their absences are being filled in by a rotating slate of anchors.