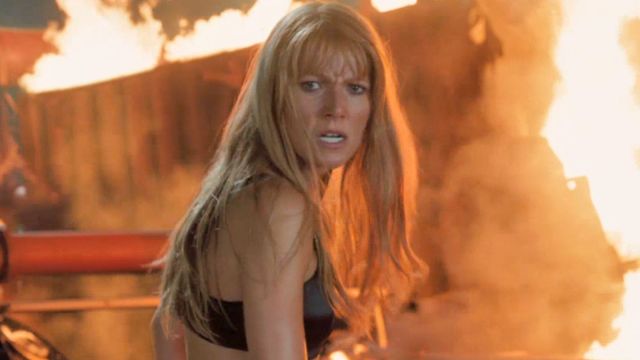 Gwyneth Paltrow is content with her goop-heavy lifestyle, with her expressing no intention of returning to the big screen anytime soon.

Becoming one of the first actors to enter the Marvel Cinematic Universe when she starred opposite Robert Downey Jr. in Iron Man, Paltrow doesn’t look likely to ever return to the MCU. Despite the legacy of Iron Man being set to be observed during the upcoming Don Cheadle-led Armor Wars, you can seemingly count Paltrow out of it.

In conversation with The Hollywood Reporter on her recent rebirth as an entrepreneur of a pseudoscientific cosmetics company, she said she doesn’t miss acting in the slightest yet. Instead, she’s now a girlboss CEO for Goop, because that’s an appealing name. If you’ve ever wanted snake oil from a Marvel star, it’s your go-to option!

“Do I have any plans to go back into acting? No, not really. I don’t miss it, which I think is an interesting data point. When I think about the back half of my life, I don’t long for it. I don’t miss it. I have no idea what’s going on in the movie business. I’m so focused on other things. I did promise my mom that if I ever am not doing this job, I’ll do a play. I would never say never. Things can rekindle for you at different times in your life. I have lived long enough to know that you can never make assumptions about your life or who you are or who you’re gonna be. So I’m open to whatever happens. But I don’t look for it. I say no to stuff right now. With my job, there would be no way I could physically do it right now. But you never know!”

It’s a slight shock for an actor to want to get away from the Marvel money train, with few outright leaving the franchise aside from Robert Downey Jr and Chris Evans, both of whom could return easily for sequels. Perhaps Goop is just more fulfilling for Paltrow, who frankly never had much of an impact in the series, nor did she ever carry a fan following.

Paltrow’s last appearance in the MCU came during Avengers: Endgame, which is available to stream on Disney Plus.