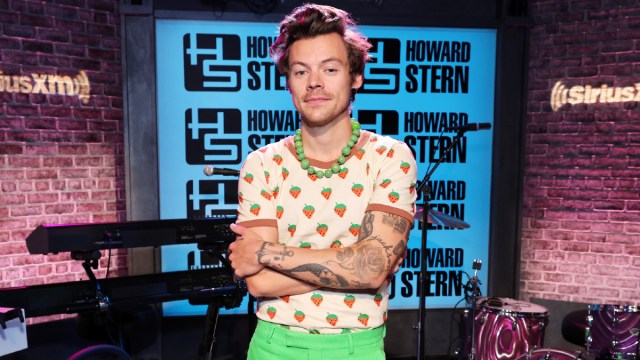 Like your mother may have told you in your childhood, it’s all fun and games until someone loses an eye. Thankfully that extreme was not on display here but Harry Styles did take a Skittle to the eye while performing at The Forum in Los Angeles on Monday Nov. 14th, causing him to squint for the entire song “Kiwi.” A fan threw a bunch of the hard candy on stage at Styles.

Fans were outraged at this careless act and took to Twitter to express their indignation. One user wrote: “YALLLLLL. This goes without saying. 👏🏻 DO 👏🏻 NOT 👏🏻 THROW 👏🏻 STUFF 👏🏻 AT 👏🏻 PEOPLE 👏🏻 Harry Styles took a forcefully thrown skittles to the freaking eye last night. Come on, use some common sense!! 😡” A video of the incident was attached to their post.

Another user posted a different video angle and pointed out how this ruined his performance of “Kiwi.” “Whoever the fuck threw a solid object at his eye, u literally ruined kiwi bc he wouldn’t open his eye for the whole song,” they stated.

Even the candy maker themselves, Skittles, could not condone this. They tweeted: “Didn’t think I needed to say this: Please don’t throw Skittles.”

When in doubt on how to behave in life, it is helpful to remember the rules of a kindergarten classroom. The rule that applies here? Keep arms, feet, and all objects to yourself. This includes Skittles.