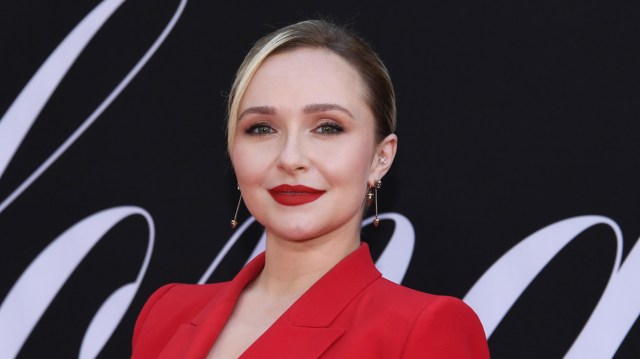 Actress Hayden Panettiere is really opening up around the red table. The former Nashville appeared on the buzzy Facebook Watch show Red Table Talk, and as usual things got pretty real – with the actress revealing that giving up custody of her daughter was an incredibly difficult ordeal.

The 33-year-old actress got real with co-hosts Jada Pinkett Smith, Adrienne Banfield Norris and Kelly Osbourne. She talked about the “very upsetting” circumstances that forced her to give up custody of her daughter to ex Wladimir Klitschko, according to People, which shared exclusive video of the talk.

Signing those papers, she said, was the “most heartbreaking thing I’ve ever had to do in my life.”

Banfield Norris then asked the actress if the decision was hers.

“At first it was not because it wasn’t a discussion. If [Klitschko] had come to me and said ‘I think because of where you’re at right now and your struggles that you’re having it would be good for her to be over here with me for a while’ — which if I had probably had enough of a conversation I would’ve said ‘okay that makes sense, I get it, I’ll come there to visit’ and stuff like that.”

The fact that it was done without her initial consent made it even worse when it came time to sign over full custody of her daughter. “Because of the way that it was done, it was very upsetting. I mean, it was the worst signing those papers.”

“I was gonna go work on myself, I was gonna get better, and when I got better then things would change and she could come to me and I could have my time with her but that didn’t happen,” she said in the clip.

Back in 2018, Panettiere suffered through a battle with addiction. She said even having her daughter didn’t pull her out of the very dark places she kept finding herself in.

“I never had the feeling that I wanted to harm my child, but I didn’t want to spend any time with her,” she said, adding that she didn’t drink during pregnancy, but definitely did after. “There was just this gray color in my life.”

The drinking and the drugging ruined all her relationships, she said, especially the one she had with Klitschko.

Red Table Talk airs Wednesdays at 12 p.m. ET and there are new episodes every week.