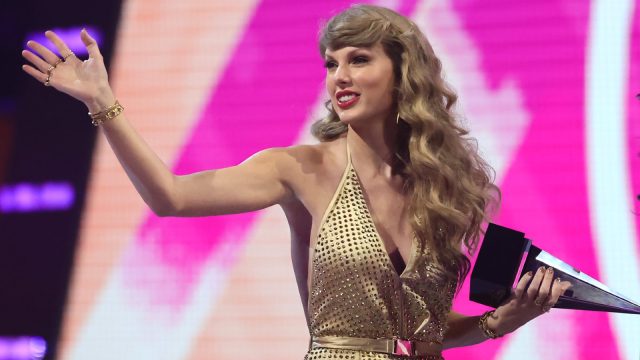 Taylor Swift is headed into the end of the season with yet another successful year under her belt.

The 32-year-old artist remains one of the most popular musicians in the world, with a fanbase millions strong and a lengthy, respected discography. She’s been pumping out hits for a decade and a half, and 2022 was no different. Particularly in the wake of several re-releases, Swift is prepped for a great showing at the 2023 Grammys, despite an apparent snub for her Midnights album. The album was released a touch too late to be included in next year’s award ceremony, but she did cinch nominations for several other releases, including “All Too Well (10 Minute Version) (The Short Film).”

Should Swift bring home an award in even one of her nominated categories, she’ll be adding yet another laurel to her already stacked resume. She’s won several Grammys in the past — over the course of a celebrated career that began back in the 2000s — and chances are good that several more are in her future.

How many Grammys has Taylor won?

Decades of work in the industry has won Swift plenty of accolades. In total, she’s won nearly 500 awards, earning everything from Billboard Music Awards to American Country Awards. Her lengthy discography, paired with her skill as a songwriter, have seen Swift break records left and right.

She’s currently the proud recipient of eleven Grammy Awards, including three for Album of the Year. That trio of awards ties her for the most Album of the Year wins by any singular artist, and poises her to make history as the first-ever artist to cinch a fourth.

In total, Swift has been nominated for 42 Grammy Awards. Those numbers are likely to change with next year’s Grammy ceremony, which could well see Swift increase her collection of Grammys by at least one.