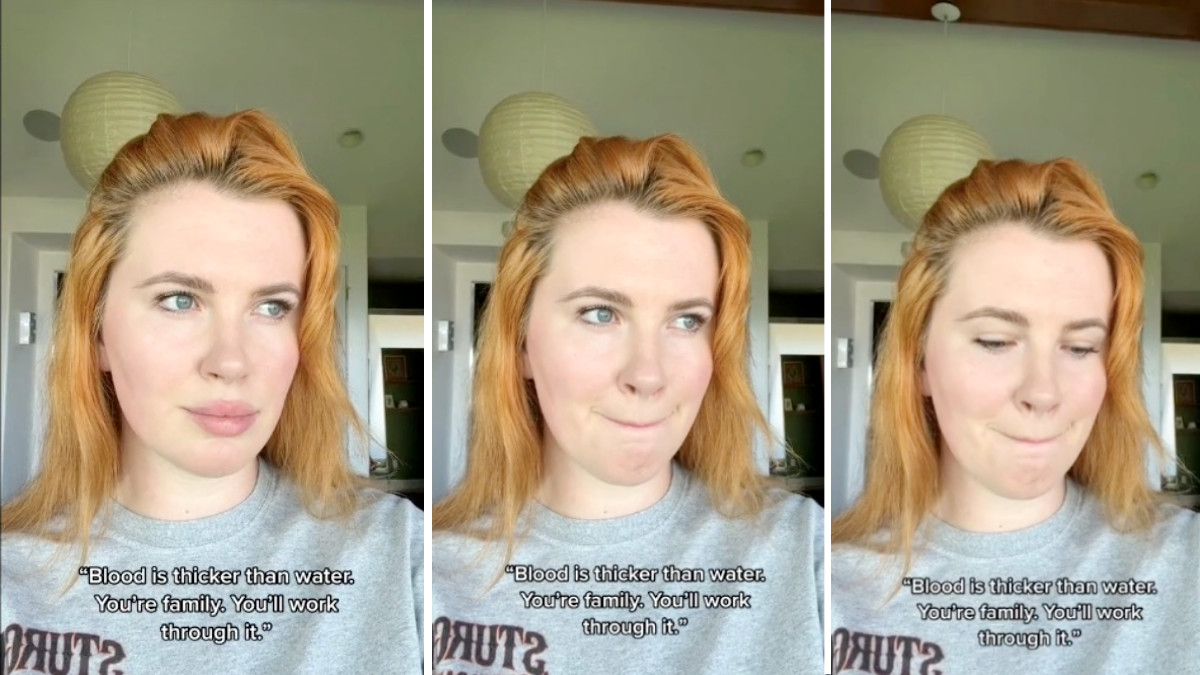 We know this will come as a shock, but there seems to be Baldwin family drama afoot! This is according to the social media accounts of Ireland Baldwin, the 26-year-old daughter of Alec Baldwin and Kim Basinger.

Late Monday, the model posted a suspect video to her TikTok and Instagram accounts, which are also no longer associated with her famous last name. (She now goes simply by @irelandshmireland on TikTok and @irelandirelandireland on Instagram.)

In the video, which is set to the Law and Order theme song, Baldwin twitches her eye before looking down at a watermarked quote that reads: “Blood is thicker than water. You’re family. You’ll work through it.”

The timing of the video is especially interesting, given her father’s involvement in the shooting on the set of his upcoming film Rust, which producer Anjul Nigam is still trying to complete despite the 2021 death of cinematographer Halyna Hutchins. Not to mention, the 64-year-old actor recently announced that he’s expecting a seventh child with his second wife, former yoga instructor Hilaria Baldwin.

Given the omission of her last name, it stands to reason that Ireland’s beef is directed at her father, Alec Baldwin, and one Reddit user likewise pointed out that she’s no longer following him on social media — though she does appear to still be following her mother and stepmother.

As far as what the beef could be about — well, that’s anybody’s best guess. Ireland has had a contentious relationship with Alec since 2007, when, at just 11-years-old, she went public with the now-infamous “rude, thoughtless little pig” voicemail. And although Ireland recently even seemed to have made light of the incident in a TikTok video earlier this year, it seems crystal clear that there’s still bad blood between the two.