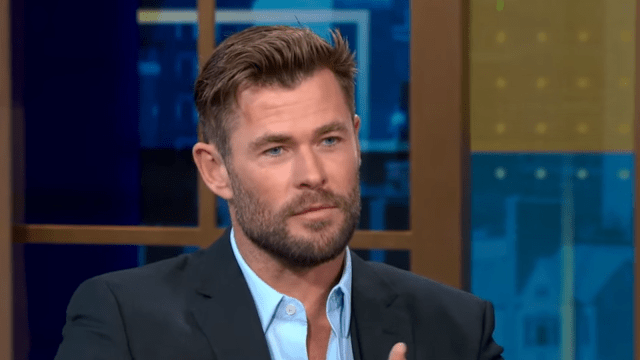 While starring in the National Geographic documentary, Limitless, Chris Hemsworth was given some very upsetting news. The show is a series about living a better life for as long as possible when Hemsworth was told by Dr. Peter Attia that he has a very high chance of getting Alzheimer’s. After hearing the news, the actor has decided to step back from acting and take a break but in no way does that mean he’s quitting for good.

Sitting down with Vanity Fair recently, Hemsworth talked about when he was initially given the news and how it made him reflect on his life. However, “It’s not like I’ve been handed my resignation,” he said. The mighty Thor isn’t simply going to walk away from a long and distinguished career, but more than ever, focus on those things that make life worth living.

How did he find out?

The six-episode series took him through learning how to tame his stress response, dealing with shock, the benefits of fasting, the benefits of strength, how to improve memory, and acceptance of death. While undergoing that, doctors were putting him through an abundance of tests to get the complete picture of his health and what he can do to improve it. That’s when it was determined that Hemsworth has inherited a copy of gene APOE4 from both his mother and his father.

In a National Institutes of Health report published in 2021, 25 percent of the population carry only one copy of the gene. With his diagnosis of having two copies, he falls into a very risky category with only 2 to 3 percent of the population. Dr. Attia wanted to give him the news privately and not air it in the series, but Hemsworth insisted on including the conversation in the show. “No, look, if this is a motivator for people to take better care of themselves and also understand that there are steps you can take—then fantastic,” he said.

What is he going to do?

After hearing the news, Hemsworth still had plenty of work to do. Touring to promote the show was one, but when that’s over, he plans on just going home and focusing on what’s more important in life. He has three children with his actress wife, Elsa Pataky, and spending quality time with his family has taken on a whole new meaning. “Live with as big a sense of gratitude and love for life as you can.”

Hemsworth not going anywhere anytime soon. He’s 39 years old and has plenty of good years left before he starts seeing any signs. There will be plenty of movies like Thor: Love and Thunder and Extraction for fans to enjoy. In fact, Extraction 2 is coming out in 2023.

In the meantime, the entire series of Limitless is currently streaming on Disney Plus.