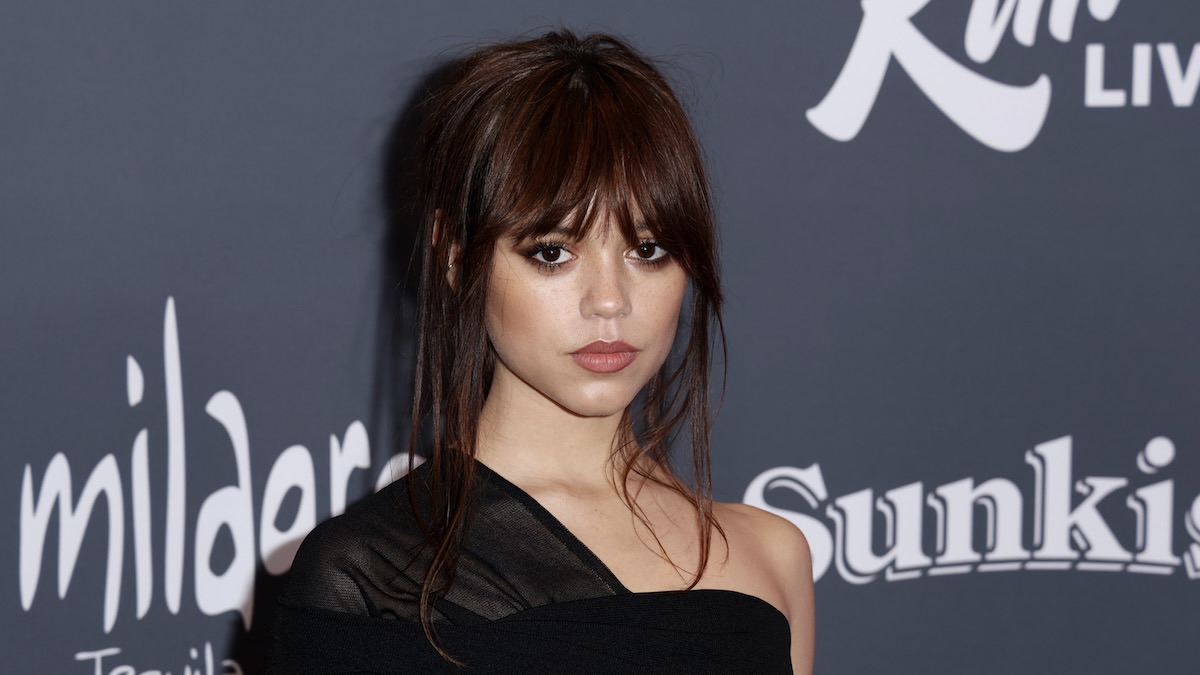 Unless you have been living under a pop culture rock, you probably know there is a new Netflix series called Wednesday. Created by Alfred Gough and Miles Millar, Wednesday marks the first time that the character Wednesday Addams, from the iconic The Addams Family created by Charles Addams, takes center stage in her own series. Tim Burton directed many of the episodes of Wednesday.

Wednesday is played to perfection by Jenna Ortega who has received glowing reviews for her work. Because of her impressive acting in the series, fans want to know everything there is to know about Ortega, including her relationship status. Before we dive into that, let’s take a look at her early years, her career before Wednesday, and which partners she has been linked to in the press.

Ortega was born in Coachella Valley, California, on September 27, 2002. She is proud of her Mexican and Puerto Rican descent and has five siblings. Ortega was a child actress booking her first major role at just nine years old on the Disney Channel series Stuck in the Middle. Ortega discussed her childhood as a working actor in an interview with Cosmopolitan and expressed some regrets about missing out on “normal” childhood experiences: “I haven’t really lived a normal lifestyle. And I’ve been working. I feel for the kids who are missing their prom or missing the opportunity to graduate or can’t have that high school experience they typically would or go to the birthday parties that they wanted. Because I think that’s such an important part of life that I missed out on and wish I had had”. Orgeta did add she was “very fortunate for everything else” she has experienced.

Even before Wednesday, Orgeta had an impressive resume. She appeared as Young Jane on The CW’s Jane the Virgin. She portrayed Ellie, the neighbor of Joe Goldberg, on Netflix’s You. Her film resume is as extensive as her television one with roles in Yes Day, The Fallout, and Scream.

Orgeta has been linked to many possible romantic partners over the years. The first person is her former Stuck in the Middle co-star Isaak Presley, who played Orgeta’s brother on the show from 2016 to 2018. In 2017, there were rumors that Orgeta was dating singer Jacob Sartorius because of her role as his love interest in his music video for his song “Chapstick”. The pair even kissed in the video, which only intensified the discussion. In 2018, fans speculated that Orgeta was dating actor Asher Angel. This was because the pair attended multiple events together such as the Venom premiere and Just Jared’s 7th Annual Halloween Party. They even dressed up as the then-real-life couple Ariana Grande and Pete Davidson, which seemed like an admission of sorts.

Orgeta is not one to comment on her personal life and that is understandable given her history as a child actor. She wants to keep some things private. Ortega did open up in February of 2019 during an appearance on the Just Between Us podcast, which is hosted by Bailee Madison and Kaitlin Vilasuso. “According to the internet, I dated like six guys, [but I] dated none of them”, she stated. Orgeta put all of those rumors to rest with one simple sentence revealing she is single.

Even though Orgeta is single, she has let slip she had a significant childhood celebrity crush. She was just over the moon for former President Barack Obama, which she revealed on the podcast 20 Questions: On Deadline: “When I was younger, Barack Obama was my first crush. I was obsessed with him. I watched the inauguration with goo-goo eyes on my face”. Orgeta also wrote President Obama letters, but never got a response.

Orgeta is single, but that does not mean she does not have a work wife to help her get through those days on set. Her Wednesday co-star Gwendoline Christie kept her grounded. Christie portrays Principal Larissa Weems on the series. “Thank you very much, woman. My woman. I love you. Sorry, that might be disrespectful, but that is my nickname for her, because she’s my wife,” Orgeta stated in an interview with TV Insider.