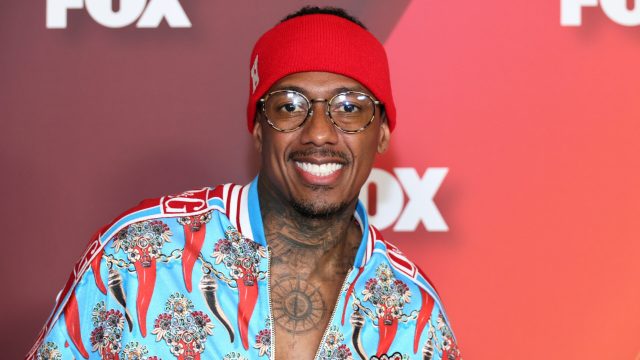 The TV personality and father of many, Nick Cannon, has been in the entertainment industry for over two decades, kickstarting his career as a musician. It wasn’t until 2005 that he finally got a head start in the entertainment business which would solidify his career as an entertainer. Cannon created and produced the MTV improv comedy series, Wild ‘N Out. Since then, the TV host has reached for the sky, having a nonstop successful career hosting award shows, TV series, and talent shows.

For almost ten years, Cannon served as a host of America’s Got Talent, which would be the center of the host’s skyrocketing career. In 2021, he resumed his work as a host for The Masked Singer and has since been working on several projects while dealing with his constant controversies surrounding anti-Semitic beliefs, black supremacy, and obviously, his ever-increasing list of children and partners. Amidst all the talk surrounding the host, Cannon has kept his health a private matter until he deemed it necessary to bring awareness to his own battle with chronic disease. In January 2012, Cannon was hospitalized for mild kidney failure. Later that same year, he was again admitted for a pulmonary embolism, announcing his constant battle with lupus nephritis.

In a new episode of his talk show, The Nick Cannon Show, the 41-year-old reminisced about his 10-year-old battle with lupus, sharing video footage of himself playing with his children, which was when he experienced sudden swelling, shortness of breath, and “excruciating” pain in his right side. In the video, he also shared the moment he discovered he had two life-threatening blood clots in his lungs.

Lupus is an autoimmune disease that manifests itself in various different ways. From face scarring to kidney inflammation, lupus causes widespread inflammation and tissue damage in the body. Several organs may be affected, including the joints, skin, brain, lungs, kidneys, and blood vessels. Lupus nephritis specifically is a chronic kidney disease that causes the inflammation of the kidney tissue.

As per the information in Kidney.org, lupus nephritis manifests itself through numerous symptoms, some of which include fatigue, blood in the urine, swelling of body parts, and uncontrolled high blood pressure. There are also six different classes to lupus nephritis, from class one being the least damaging to class six in which more than 90 percent of the important blood vessels in the kidney are affected. It is not known which class Cannon belonged to.

Cannon’s struggle with lupus dates back to 2012 when he experienced severe symptoms of lupus through mild kidney failure and blood clots in his lungs. In an interview with HuffPost Live in 2014, Cannon shared his wish to spread awareness regarding lupus while inspiring those who are battling with the chronic disease to never give up.

“It actually drives me. It was one of those things where, even when I first got sick, I told them to turn the cameras on. I created the NCredible Health Hustle and I wanted to document this process because I wanted to inspire others that may be dealing with this condition or a similar condition…to say, you don’t have to let it stop you.

“I just want to get out there and continue to educate and be that pillar in the community to say, ‘Hey, well, he’s doing it and he’s strong when he does it.’ So I feel like it’s given me new purpose on this Earth, so I embrace it wholeheartedly.”

During another interview with HuffPost, Cannon shared his own personal learning journey about living with lupus, expanding on the ways the actor found to be helpful when it comes to preventing the widespread of this chronic issue.

“I’m healthier now than I’ve ever been before because of the research, because of the education that I’ve received on the proper things to eat and the proper things to put into my body—what can cause flare ups and what can’t, and preventative measures and all of these things,” he said. “And when you can share that information and share knowledge and research, I think that helps more than anything.”

Many celebrities have come forward with their battles with the autoimmune disease over the years. Selena Gomez, the beloved former Disney alumni, was diagnosed with lupus in 2014, sharing her journey with the disease, from undergoing chemo to receiving a kidney transplant. English singer and songwriter Seal was also diagnosed with discoid lupus erythematous at age 23 with the emergence of facial scarring. Toni Braxton, the R&B singer responsible for the hit single “Un-break My Heart,” has also opened up about her own battle with lupus, sharing that sometimes she can’t “balance it all,” referring to her personal lupus struggles and her singing career.

Although this disease can’t be cured, life expectancy is better than ever as about 80-90 percent of people with lupus can expect to live a normal life span, albeit requiring transplants is an often occurrence. As of 2022, Cannon still says that “after a decade of close calls, blood transfusions, chemotherapy, and hospitalizations, I continue to push through.”