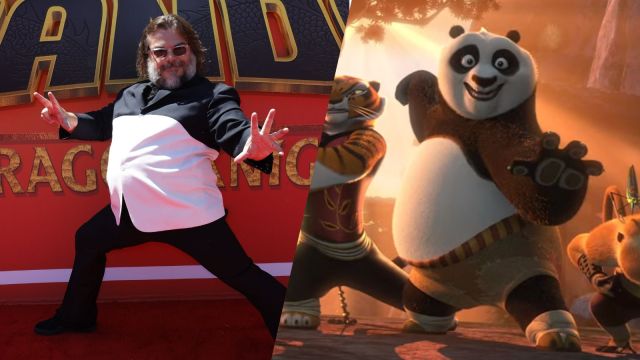 Before the release of Dreamworks‘ newest series, Kung Fu Panda: The Dragon Knight, on Netflix, Jack Black shared what sold him to take on the iconic panda role back in 2008.

In an interview with Polygon, Black said that he was reached out to by Dreamworks’ co-founder Jeffrey Katzenberg, who apparently had done his research. He told Black to be himself, comparing it to footage of his past work like School of Rock. Black described his experience with the role as someone who was able to become a superhero but kept their “natural instincts”.

“Jeffrey Katzenberg told me ‘You don’t have to worry about creating some new character. I want you to be you’. And he got some footage, I think it was audio from School of Rock, or High Fidelity, one of my earlier movies, and he had the animators do a short animation using that audio. And I was like, ‘Oh, all right, now I get it.’ So when I first started, it was a fun opportunity to just be myself, and let the animators do all the cool fighting sequences. I got to be kind of a superhero, but with all of my natural instincts.”

When asked how he’d describe Po, the panda in question, Black said just a nerdy kid who loves and respects kung-fu. He also said that Po’s fascination with the martial arts is similar to our “childlike fascination” and “sense of adventure”.

“He’s eternally this nerdy kid. [He] just loves kung fu and the action figures and the mythology around it, and all the great kung fu masters. And I think it appeals to the childlike fascination, sense of adventure that we all have.”

Kung Fu Panda is a Dreamworks film franchise that received three films, multiple tv series and specials, and short films. The film is about Po (played by Black) who’s destined to be the Dragon Warrior and save the valley (and China) from evil. All three films performed well by both audiences and critics and were nominated for Best Animated Feature, twice in 2008 and 2011.

Kung Fu Panda: The Dragon Knight is a new TV series with Black reprising the role of Po. The show is scheduled to be released on Netflix on July 14, 2022.