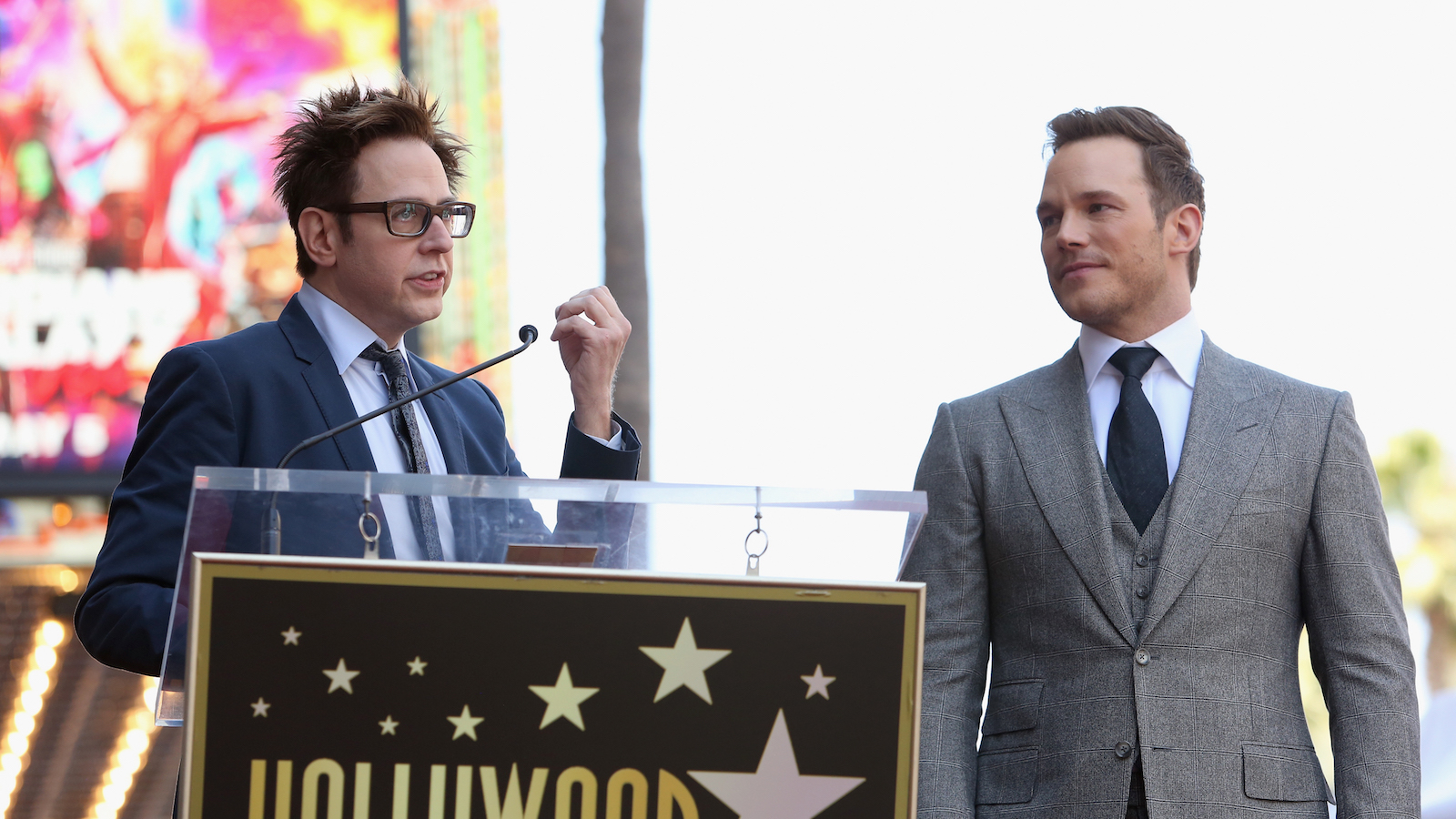 Haters can keep their “Favorite Chris” memes to themselves. Guardians of the Galaxy Vol. 3 director James Gunn is getting fairly fed up with all the hating on Star-Lord actor Chris Pratt over the last few years.

Given the current state of Pratt’s reputation in the squalid pits of social media, it may be hard to remember that when he made his debut as Star-Lord, aka Peter Quill, back in the halcyon days of 2014, the actor was practically universally beloved. Pratt was coming off of years of playing human golden retriever Andy Dwyer on the long-running Parks and Recreation and had just established himself as a budding action star in Zero Dark Thirty.

The Terminal List star was ranked number two on People‘s Sexiest Men Alive list. Skip to 2020, and he was named “worst Chris” in a viral meme that ranked him alongside namesakes Evans and Hemsworth in an online straw poll. What happened?

Many people (including Pratt himself) trace the shift in public perception back to Pratt’s outward profession of his Christian faith, a relationship he said was strengthened following the pre-term birth of his son. The break-up of his popular marriage to actor Anna Faris and subsequent remarriage to Katherine Schwarzenegger may not have helped his Q rating either. It’s definitely true that following his remarriage, the actor seemed to be constantly involved in one backlash after the other on social media. The church Pratt attends, Los Angeles’ Zoe Church, has faced controversy as well for its association with the Hillsong Church and for pastor Chad Veach’s executive producer credit on the 2017 film The Heart of Man, which according to churchclarity.com equates “same-sex attraction” with “sexual brokenness.”

Gunn, however, thinks the backlash is out of hand. The director made no bones about his personal feelings towards Pratt when Men’s Health reached out to him for their recent story on the actor:

“It absolutely infuriates me. Chris is unspeakably kind to people; he goes out of his way to help kids. He’s an especially loving father. And there’s a lot of stuff that people have literally just made up about him — about his politics, about who he is, about what he believes of other people, you know?”

While Pratt hasn’t necessarily distanced himself from the controversy he’s often accused of, he doesn’t seem to have doubled down on it either ( a marked difference from many celebs on social media). With his recent thoughts on the situation finally being discussed and friends like Gunn in his corner, perhaps Pratt may find himself climbing back up the rungs of Chrises in the near future. Even if he doesn’t really respond to the name.

Chris Pratt will appear in The Terminal List on Amazon Prime beginning July 1. He can also be seen as Star-Lord in the upcoming Thor: Love and Thunder, due in theaters on July 8.