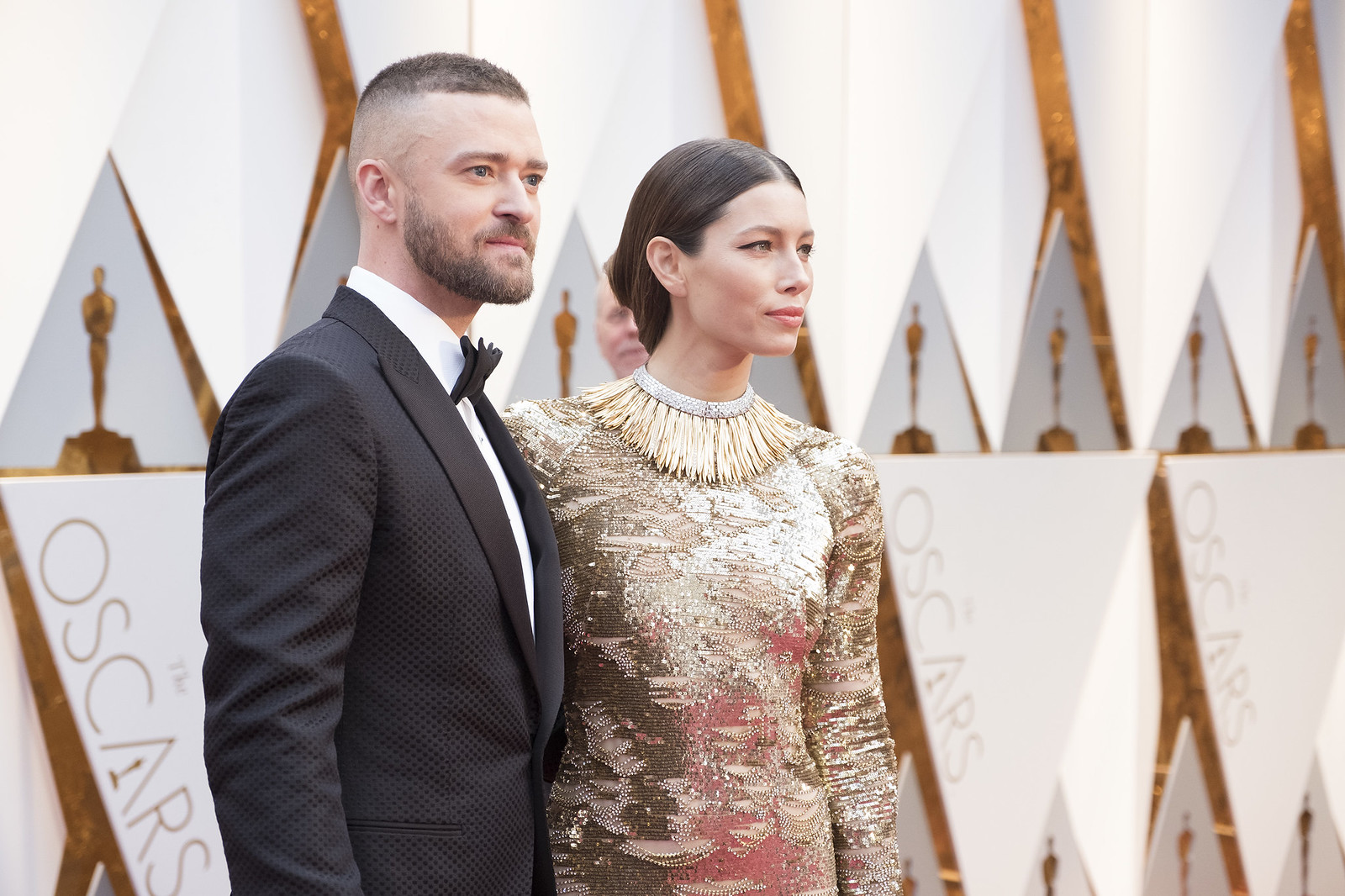 That’s how Biel put it in an interview with Entertainment Weekly. She shared how she and Timberlake (her husband) were casually going over scripts when he inquired about a certain character:

“. . . He asked about that particular character, [police officer] Steve Deffibaugh, [and said] ‘Who’s playing this guy?’ I said, ‘Oh, I don’t know. Probably like a local amazing actor from Atlanta.’ ‘We don’t have any money left’ was basically the conversation. And he said, ‘I want to play this part.’ And I said [sarcastically], ‘Yeah. Okay.’ He goes, ‘No, no. I want to play this part.'”

Biel, who stars in Candy and serves as executive producer, ran the impromptu casting decision by her production staff. They were just as excited as she was.

Still a bit skeptical, Biel told her hubby that they wouldn’t be able to pay him. “I don’t care about getting paid,” she remembers him saying. “I just want you to pay for my wig and I want my prosthetic belly.”

Timberlake debuted as Steve Deffibaugh in episode four, titled “Cover Girl”. Deffibaugh is a real person, as are many of the characters in the series that chronicles the 1980 murder of Betty Gore and the investigation of her best friend and suspected killer, Candy Montgomery. Biel plays Montgomery while Melanie Lynskey plays Gore.

You can watch episode four of Candy on Hulu today, while the fifth and final episode will drop on the streaming platform on May 13.