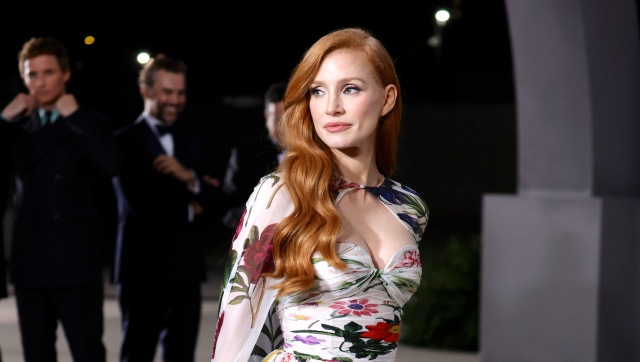 When Jessica Chastain took to Instagram on Monday to tease that a “very exciting announcement” would be coming on Wednesday, her enthusiastic followers immediately leapt to the most logical conclusion.

“The Seven Husbands of Evelyn Hugo movie?” one fan wrote, referencing the novel by Taylor Jenkins Reid that inspired Netflix’s forthcoming film adaptation. “if you’re Celia i swear to god I’ll freak out,” wrote another, pinpointing the character an overwhelming number of fans are hoping Chastain will play. Others hoped she’d be announcing her impending arrival in the Marvel Cinematic Universe, something she’s expressed interest in in the past, and we have to admit that we were right there with them.

Unfortunately for Marvel and Hugo fans, Chastain ended up making a very different announcement on Wednesday.

“Guess who’s coming back to Broadway, baby?” the actress asked in a new video before squealing, “Me!” As it turns out, Chastain’s next project will take place not on the screen, but the stage, marking her first return to Broadway since her 2012 debut in The Heiress. Next spring, she’ll star as Nora in Henrik Ibsen’s A Doll’s House, a production that was originally meant to be mounted in London’s West End before the COVID-19 pandemic derailed that plan.

“I spent a lot of the quarantine walking around New York City, my heart breaking for the theatre district,” Chastain said in the video. “The lights were off, and I was thinking about all of my neighbors and my friends and artists, and that whole community that struggled during that time, and talking to the incredible Jamie Lloyd, and I asked him if it was possible to do [A Doll’s House] in New York. I’m so excited to be working on this play in the city that formed me. New York is my hometown, and I hope to see you all there.”

Prior to becoming one of the most in-demand actresses of our time, Chastain trained at the renowned Juilliard School alongside friends and frequent collaborators Oscar Isaac and Jess Weixler. Over the course of her vibrant career ⏤ which saw her win her first Oscar in March for her unforgettable performance in The Eyes of Tammy Faye ⏤ Chastain has been a fierce advocate for women’s rights, a characteristic that has heavily influenced her role selection. She’s known for portraying meaty, dynamic, multifaceted women, and since Nora Helmer is one of the most groundbreaking in the theatrical canon, it makes absolute sense why Chastain would be eager to step into her shoes.

A Doll’s House, which now has its own dedicated Instagram account and website, promises to be a “thrilling reinvention of Ibsen’s masterpiece” and will be directed by Jamie Lloyd with an adaptation of Ibsen’s original text from playwright Amy Herzog. It’s set to open on Broadway in spring 2023, with the rest of the cast yet to be announced.

If her existing body of work is any indication, this is one performance Chastainiacs won’t want to miss.