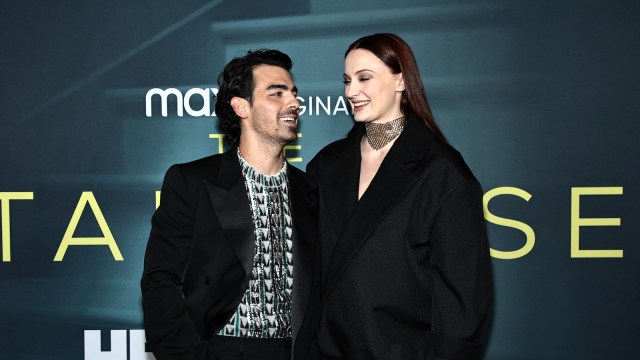 Joe Jonas and Sophie Turner are celebrating the birth of their second daughter. The couple previously welcomed Willa two years ago.

“Joe and Sophie are happy to announce the arrival of their baby girl,” the couple’s reps said in a statement to People.

The news comes after Joe’s brother Nick welcomed his first child with wife Priyanka Chopra earlier this year. Kevin and Danielle Jonas also have two girls, so watch out for the Jonas Sisters or the Jonas Cousins to take over.

“It’s what life is about for me – raising the next generation,” Turner told Elle UK for their May 2020 issue. “The greatest thing in life is seeing my daughter go from strength to strength. We’re so excited to be expanding the family. It’s the best blessing ever.”

Throughout her pregnancy, Turner, a Louis Vuitton ambassador, has stunned on the red carpet, attending high-profile events like the Vanity Fair Oscar party and the Met Gala in custom maternity wear.

Turner, 26, and Jonas, 32, began dating in 2016 and became engaged in 2017. They married in 2019, first in Las Vegas with Diplo providing a livestream and then more formally in France.

Turner recently co-starred in the critically acclaimed HBO Max series The Staircase. The British actress recently teased the spinoff to Game of Thrones ⏤ the show she’s best known for ⏤ House of the Dragon, in her most recent Instagram posts, which has fans speculating that she may be involved with the series. Jonas’ band DNCE recently released a new single, “Got Me Good.”

Turner and Jonas are both active and quite fun on TikTok, so perhaps they’ll share an update on the platform soon.