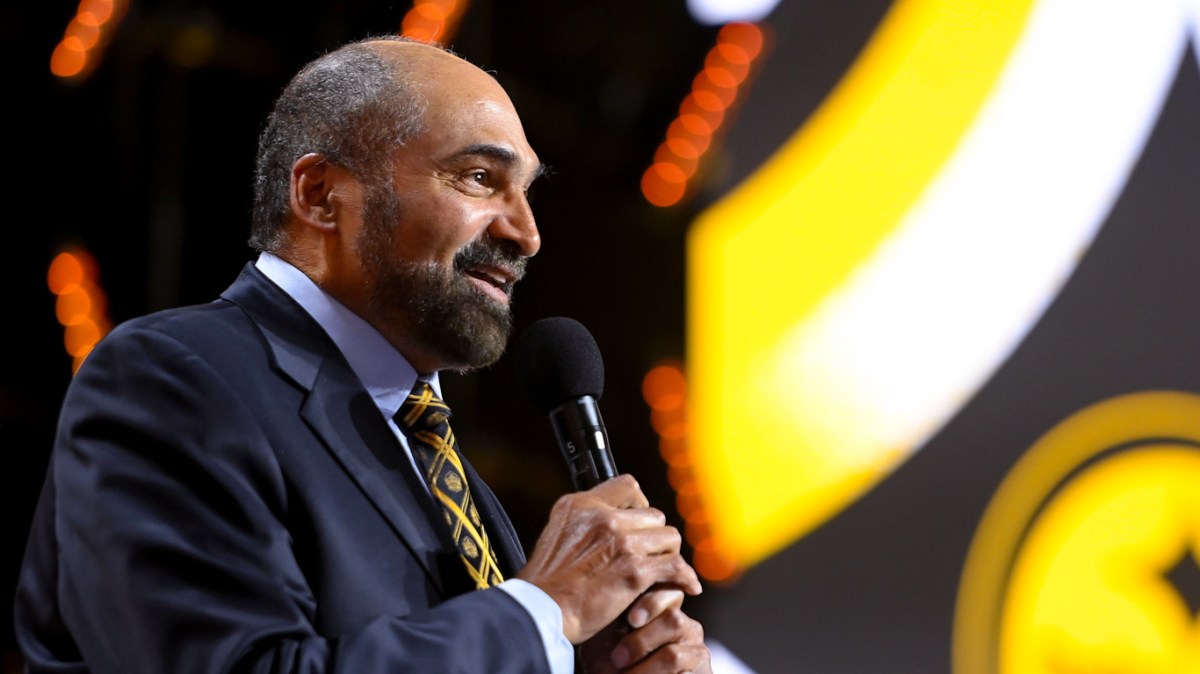 Tributes are pouring in for the NFL’s great, Pro Football Hall of Famer, Pittsburgh Steelers legend Franco Harris. Many celebrities are expressing their sadness over the passing of the 72-year old former fullback out of Penn State.

Franco’s impact on the Steelers organization cannot be understated. Before the New Jersey native’s arrival to the Steel City, the Pittsburgh Steelers’ playoff performance was dismal, failing to win a single playoff game in their first four decades of existence. They were the laughing stock of the league, playing in just one playoff game during that span when they were shutout by their state-rival Philadelphia Eagles on Dec 21, 1947 — coincidentally, 75 years ago as of this writing.

After he was drafted in 1972, the Steelers suddenly made the playoffs for just the second time in their history. Then, while trailing the Oakland Raiders 7-6 with just 22 seconds left, and facing a 4th & 10 at their own 40 yard line in Three Rivers Stadium in Pittsburgh, Franco made an improbable shoestring catch of a ricocheted ball, which he then took all the way for the winning 60-yard touchdown. It was a remarkable play on its own merits, and marked the first touchdown in Pittsburgh’s post-season history. It has since become known as “The Immaculate Reception,” and was voted a couple years ago as the greatest play in the 100-year history of the NFL.

A poignant irony; the 50th anniversary of that play is just two days away, as of this writing, and the NFL even scheduled the Steelers to play the Raiders on Christmas Eve this year — just one day after the anniversary date — so as to commemorate the legendary achievement in Pittsburgh. Franco, who passed yesterday, was to be the game’s guest of honor at Acrisure Field.

1972 was the first of eight consecutive years that the Steelers made the playoffs. During that span, they won a then-unprecedented four Super Bowls, and still hold the record as the only team to win four Super Bowls in just a six-year span. This set the stage for future Steeler teams who, in generations to come, won two more Super Bowls. The Steelers went from being one of the worst teams in the league their first 40 years, to one of the very best teams for the next 40. And it all changed with Franco.

Here are just some of the tributes today, including many celebrities from Pittsburgh:

Joe Manganiello, born in Pittsburgh, wrote about his friend Franco and how “genuinely in awe of him people were at my wedding.”

Maria Shriver, friend of Franco, expressed sadness and sent love to his family.

Pat McAfee, former NFL punter born in Pittsburgh, held a moment of silence on his hugely popular YouTube show, and spoke about how much Franco meant to Pittsburghers.

Lead singer of Poison, Bret Michaels, born and raised just outside of Pittsburgh, gave his condolences and shared a video of the Immaculate Reception.

AEW star Brit Baker, Penn State alum who was also born and raised just outside of Pittsburgh, referred to Franco as an “icon.”

Steeler Nation as a whole is finding ways for fans to pay tribute.