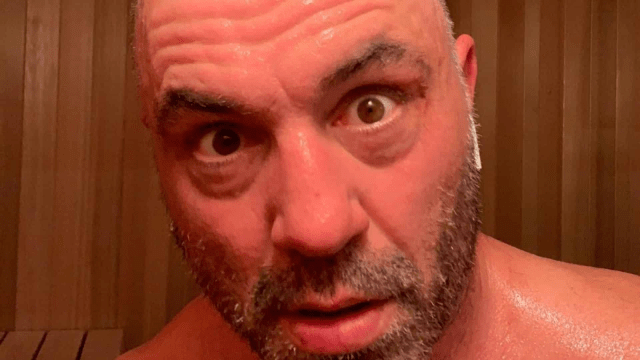 Controversy magnet and podcasting magnate Joe Rogan has let his mouth rip yet again, this time making some absolutely breathtakingly stupid and bizarre comments on shooting homeless people. Because obviously, he would.

Whilst in conversation with comedian Tom Segura and smoking cigars like Rogan seems to do in most episodes of the Joe Rogan Experience, the two spoke of the legalities of ownership, including that items owned by homeless people (i.e. fellow humans) were indeed owned by humans, and can’t just be stolen. Because of the complete lack of filter on the podcast, the conversation soon went to the idea of shooting homeless people.

The full transcript is below, and it must be said that this could come across as highly disturbing to some readers. Or highly predictable to those who have followed Rogan’s previous controversies.

Tom Segura: When you see stuff like that on the streets, at least in Los Angeles or California, that’s protected property. Like by law. That’s that’s person’s property by law.

Segura: Absolutely. If you were to try to move that or take that—

Rogan: You’d get arrested. Hilarious. But they wouldn’t arrest you if you shot somebody. Maybe you should just go shoot the homeless people.

Rogan: And if nobody claims it. I mean nobody does anything about violent crime in LA anymore.

Needless to say, these comments have gone down very poorly, leaving a nasty taste in the mouths of many. Particular criticism came for the optics of the situation. Two well-off, financially stable (especially in the case of Rogan) men smoking cigars while discussing homeless people as if they’re non-player characters in a video game.

Unhoused advocate Theo Anderson told Variety of their disgust at the comments, describing them as “repulsive”, and calling out Rogan for giving “dog whistles” to people to further look down upon homeless people.

Rogan is yet to comment on the controversy, but considering his track record with COVID-19 conspiracy theories, platforming far-right leaders, and general knack for misinformation, it’s hard to see him apologizing and learning from his latest controversy.