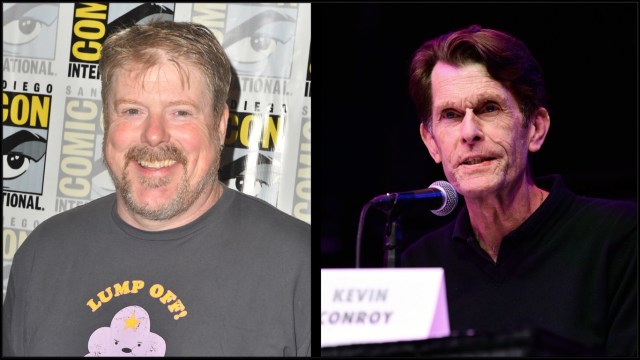 It’s a dark day for comic book fans everywhere as the news of Kevin Conroy‘s death continues to sink in all over the world. The voice actor, who had lent his voice to countless animated iterations of legendary comic book hero Batman, recently lost a battle with cancer at the age of 66.

It’s a period of mourning for the entertainment world, with Mark Hamill and Diane Pershing having publicly grieved the death of the beloved voice actor, and joining them is John DiMaggio, a former colleague of Conroy’s best known for his work on Adventure Time as Jake the Dog, and on Futurama as Bender.

Like who appears to be most everyone in the world, DiMaggio had nothing but the best to say about Conroy, calling him “kind, talented, and brilliant.”

DiMaggio lent his talents to a number of animated television shows based on DC Comics, many of which Conroy frequented as the voice of Batman. Of these, perhaps their most prominent collaboration was Justice League: The Brave and the Bold, where DiMaggio voiced a variety of characters, including but not limited to Aquaman, Black Mask, and Mr. Freeze. DiMaggio also voiced Dreamslayer in the animated series Justice League Unlimited, which was yet another site of Conroy’s turn as the Caped Crusader.

The duo also found themselves with parts in Teen Titans Go!, with Conroy’s everpresence as Batman manifesting yet again, while DiMaggio found himself voicing Brother Blood, a character he also loaned his voice to in the original Teen Titans cartoon.

Their last project together was the animated film Batman and Harley Quinn, where DiMaggio’s dual role as Swamp Thing and Sarge Steel complimented Conroy’s beloved claim to fame. The pair received praise from critics for their performances in the film.