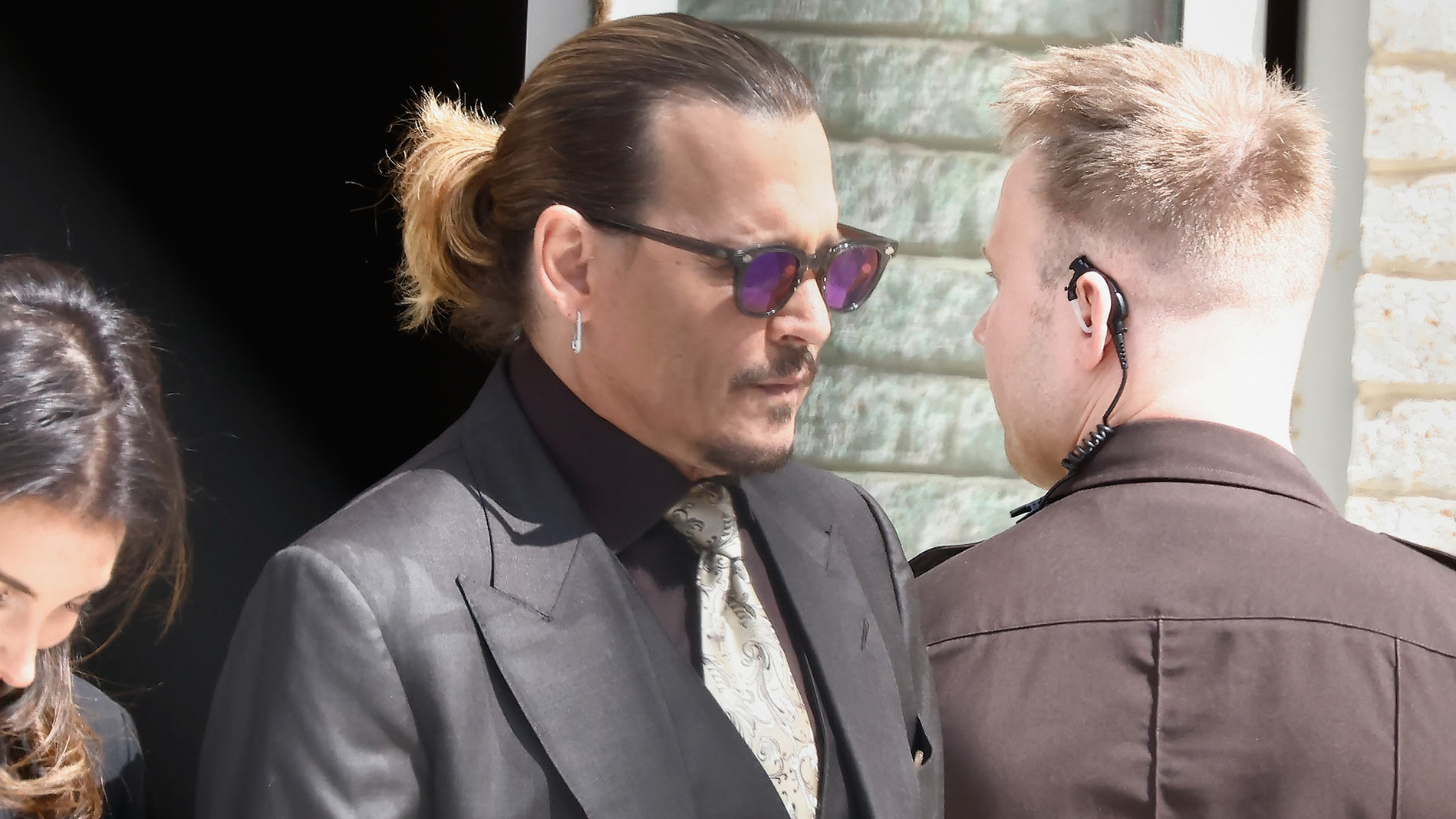 Content warning: the article contains discussions of domestic abuse and vulgar language that some readers may find disturbing or offensive.

In a series of text messages submitted for evidence during a trial of dueling defamation lawsuits, Johnny Depp has referred to his own alcohol and drug abuse a “monster” and characterized himself as a “savage” in his behavior toward ex-wife Amber Heard.

Pirates of the Carribean actor Depp is suing Aquaman star Heard for defamation for $50 million. It all centers around a 2018 op-ed Heard wrote for the Washington Post, in which she referred to herself as a “public figure representing domestic abuse.” Depp isn’t named in the article, but he claims he is implied as the abuser in question. He denies the allegations and says the accusations damaged his career. Heard is counter-suing, also for defamation, for $50 million.

The trial unfolding in a Fairfax, Virginia, courtroom is being streamed on the Law & Crime Network YouTube channel. Thursday represents the third day of Depp’s testimony and the first full day of cross-examination by Heard’s lawyers.

In an attempt to dispel Depp’s claim that the actor only referred to himself as a “monster” in reference to alcohol and drug abuse, to placate Heard, one of Depp’s attorneys, Ben Rottenborn, submitted as evidence a number of other instances where Depp apparently used that same phrase in text messages to other people, including his friends, personal doctor, and former security guard.

The text message was brought up by Rottenborn to dispute Depp’s earlier testimony that he didn’t have any drinks before a flight from Boston to Los Angeles in 2014, and only drank a glass of champagne while airborne. The text message continues, describing a buffet of drugs and alcohol consumed before and during the flight.

“Drank all night before I picked Amber up to fly to LA, this past Sunday… Ugly, mate… No food for days… Powders… Half a bottle of Whiskey, a thousand red bull and vodkas, pills, 2 bottles of Champers on plane and what do you get…??? An angry, aggro Injun in a f**kin’ blackout, screaming obscenities and insulting any f**k who got near… I’m done, I am admittedly too f**ked in the head to spray my rage at the one I love… For little reason, as well […] I’m too old to be that guy […] But, pills are fine!”

Depp also wrote in a text message to Heard that he felt “shame and regret” following the plane ride, and apologized to her.

“My illness has somehow crept up and grabbed me,” he wrote.

Depp also called himself a “f**king savage” in another text message from December 18, 2014 after apologizing to Heard, and promising to “put in heavy work with a shrink.”

The following year, in 2015, Depp texted Heard’s sister, Whitney Henriquez, saying, “ I never, ever, want to lay eyes on that filthy w***e, ambera…most embarrassing…” according to evidence submitted to the court by Rottenborn.

Back in 2013, Depp also referred to someone as being an “idiot cow,” smacking an “ugly c**t around,” and calling someone a “worthless hooker.” It wasn’t immediately clear within the text message who Depp was referring to, but he was texting his sister, Chris Dembrowski, according to the evidence that was submitted by Rottenborn.

In another text, in 2014, Depp wrote to Heard’s mother following his detox.

“I couldn’t have made it without her,” Depp said of Heard.

Also on Thursday, Depp admitted he texted Bettany that he wanted to drown and burn Heard, then defile her corpse.

Throughout the trial, Heard’s team has painted Depp as being the steward of his own falling star in Hollywood, due to rampant drug and alcohol abuse. They argued that Depp’s denials of domestic abuse are also not credible, since he had been prone to blackouts from drugs and alcohol, and therefore did not remember anything he did.

On Tuesday, Depp said Heard’s allegations of his drug and alcohol abuse were “grossly embellished.” He’s also claimed Heard abused him, not the other way around.