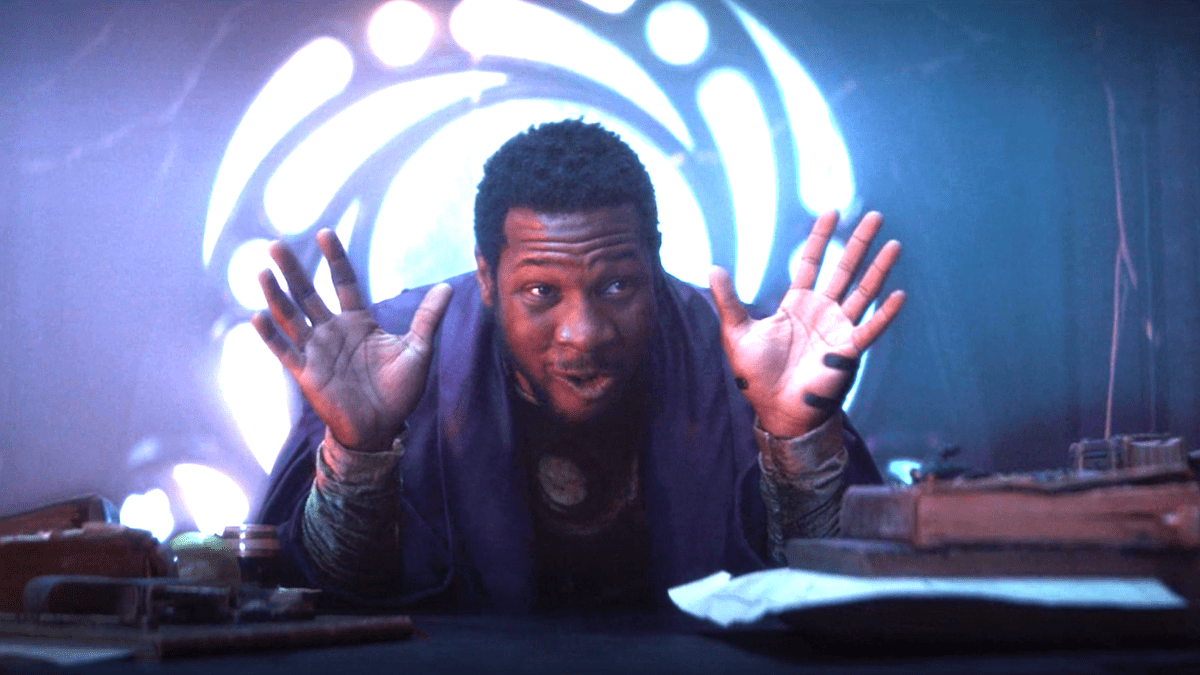 Jonathan Majors recently opened up about the inspiration behind his portrayal of Kang the Conqueror in Marvel’s Ant-Man and the Wasp: Quantumania.

The film, set to hit theaters next year, follows Scott Lang (Ant-Man), his daughter Cassie Lang, Hope Van Dyne (Wasp), and her parents – Hank Pym and Janet Van Dyne, during their adventure in the Quantum realm. The group accidentally gets hurled into the Quantum realm after Cassie’s quest to help others by creating what appears to be a two-way radio backfires. It was there the group encountered supervillain Kang the Conqueror. Kang the Conqueror’s ultimate mission is to control everything, including the universe and timelines, by whatever means necessary.

Majors revealed on Dec. 7 during an interview with CinePop that to become Kang the Conquerer, he had to look at Marvel’s past villains, which included Ultron, Loki, and Thanos.

“It’s funny because I did go through and I did look at Ultron, look at Loki, look at Thanos. I had an idea just for me what I wanted to bring to the MCU through Kang. There’s a certain requirement that has to happen. I think Ultron, Loki, and Thanos would be the quintessential baddies or antiheroes.

They all had very interesting qualities to them. Some of them shared qualities which is just a necessity for taking up the mantle. So once I tweezed those out and put those in the Kang suit, I then looked at what is it we need for this time period.”

Further into the discussion, Majors shared that aside from drawing inspiration from the villains for his character, he also gained information by researching horrific events and getting opinions from others about their greatest fears.

“Marvel has in my opinion the largest platform in entertainment and so to bring the big bad, the big bad has to be connected to so many things. So I read the newspaper, I looked at history books… I talk to people, I look at my child, I talk to my partner and what is it we’re afraid of in this time? What is it that’s scaring us because Kang has to be any big bad manifestation of our deepest insecurities as a society.”