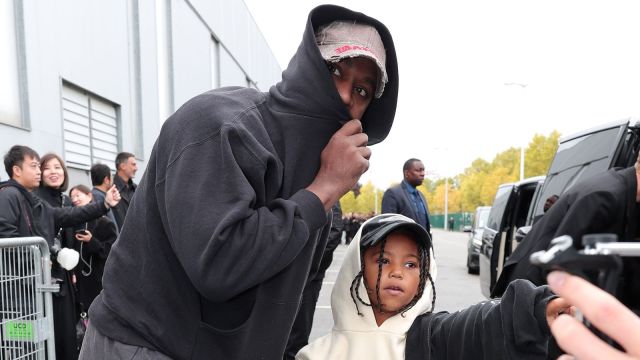 The terror of Kanye West doesn’t seem to stop lately. It seems the rapper has something negative to say about almost everyone at this point. Now, West has found a new target to cause problems with, and it’s the most dad move ever. Kanye West is mad at a mother during his son’s soccer game.

TMZ released a video where West and his ex-wife, Kim Kardashian, attended their son’s soccer game, with the two separated and bodyguards surrounding Kardashian. It was reported that the two were still not speaking with each other, and West stood away from his ex-wife throughout the entire game. Despite all the tension, the two were still able to co-parent in peace.

During the game, a woman described to be a family friend of West and Kardashian approached Ye, which led him to storm off in the middle of the game. It’s currently unknown what was said to him, but he eventually calmed down and returned to watch the game in peace with his family.

Even if both parents were on peaceful terms during the event, it still doesn’t mean that they’ve resolved their issues. In March 2022, Kardashian was officially divorced from West and began to date Pete Davidson. During West’s latest ongoing controversy, West wanted to take his kids out of their school and move them to Donda Academy. He also believed that “fake children” were trying to “sexualize his kids” and claimed them to be actors.

Regardless of all the drama, the video showed that his kids still love him as they’re seen hugging and talking to him. So maybe he’s trying to not be a bad dad.