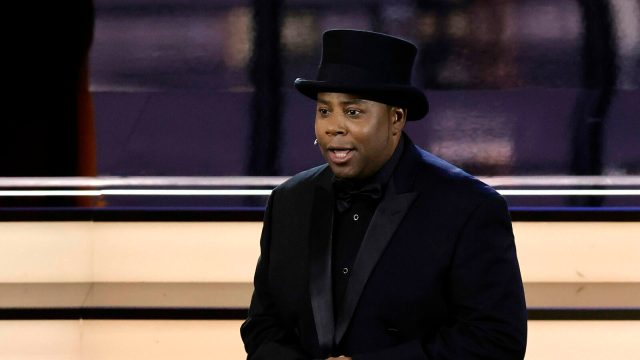 Kenan Thompson has given Leonardo DiCaprio an absolute roast over his renowned dating preferences while hosting the 2022 Emmys.

Making a name for himself as a cast member on Saturday Night Live, and leading Nickelodeon film Good Burger, as well as Fat Albert, Thompson took on the hosting reigns for television’s night of nights. Deciding to take absolutely no prisoners, he went off during his hosting of the Primetime Emmys.

Doing the host duties of polite ribbing and occasionally cringey jokes, Thompson went for the jugular by bringing up Zendaya’s recent 26th birthday in order to drag DiCaprio.

“Zendaya just turned 26. Twenty-six is a weird age in Hollywood. Young enough to play a high school student, but too old to date Leonardo DiCaprio.”

DiCaprio’s well-known trend of dumping women after they turn 25 is a pop culture phenomena with his most recent dumping causing an outpouring of memes on Twitter. Zendaya, while she was in attendance as the Emmys, did not have her partner Tom Holland anywhere to be seen.

That mattered little though, considering Zendaya still stunned fans with her look on the red carpet. Wearing a black nightgown, she presented one of the finest looks of the night.

Thompson was also given plenty of love for his other gags, including one mocking seminal 90s sitcom Friends during one of his first gags of the night. All the winners from the 2022 Primetime Emmys can be found here, as massive shocks still come out including a major Squid Game snub.