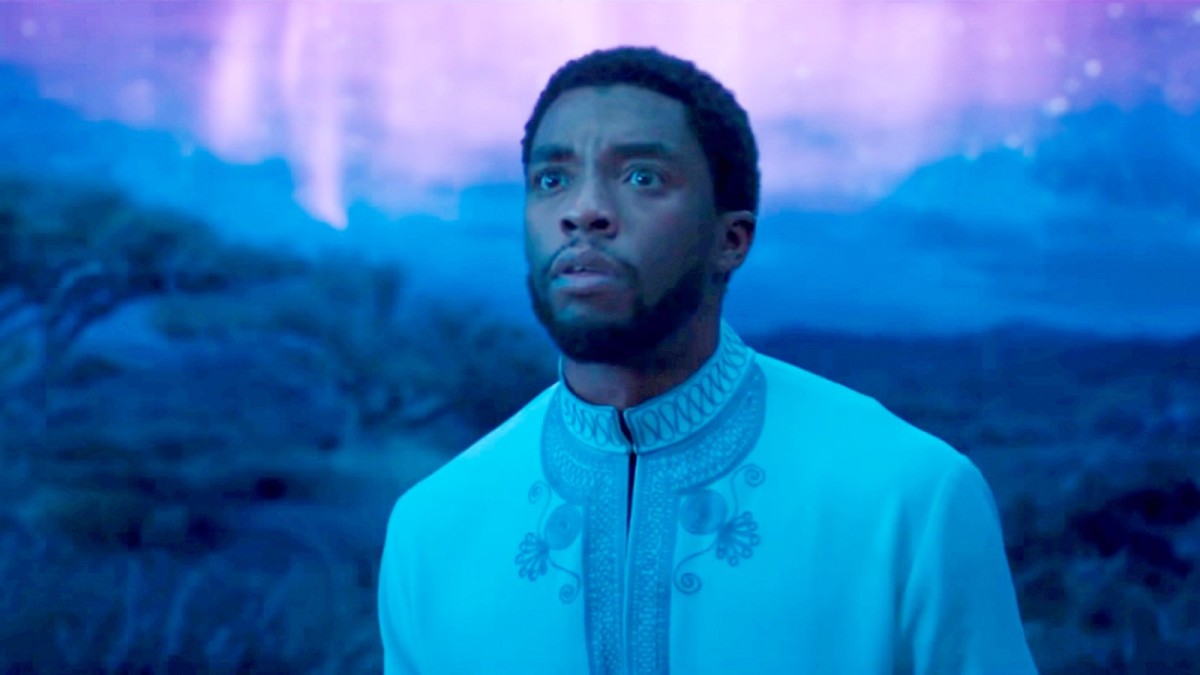 The blockbuster movie Black Panther: Wakanda Forever was a triumphant film but tinged with sadness over the passing of its star Chadwick Boseman. The movie dealt with themes of love and loss with care and compassion, and it turns out the inspiration for the Boseman mural in the movie was inspired by another late legend: Kobe Bryant.

Production designer Hannah Beachler recently spoke to Vanity Fair about how Bryant tributes and murals inspired her to include a Boseman one in the movie. Beachler returned to work on the sequel after winning an Oscar for the original one.

She said murals are an important way to remember those that are no longer with us, and people use them to help deal with their grief.

“When Chadwick passed, murals went up all over the world of him and his Panther suit. And same with our heroes, with Kobe Bryant and his daughter, I mean, it’s just how we sort of memorialize people that are loved. The conversation was, I don’t think that people in Wakanda would do anything different, right? They would want to memorialize their chief and Panther.”

Here are some examples of the Kobe murals.

And at the Staples Center:

Here’s the one they used in the movie:

Beachler said she and director Ryan Coogler had to decide exactly how they were going to have the Wakandans mourn their hero. She said she borrowed some ideas from where she grew up in New Orleans.

“We have our brass bands, and we celebrate life,” she said. “We celebrate the loss, but we also celebrate the life of having known them. That’s how I felt when we were doing the procession and the music. It was beautiful, and everybody was dressed beautifully, and it was a moment to get everything out.”

The mural itself was painted by artist Brandon Sadler, who worked on the first film as well. Beachler said they decided to paint T’Challa as himself and not the Black Panther to make it “more of a memorial to the person, to the king, in that way, less the Panther.”

The mural was kept secret from the rest of the crew and completed only a day before it was shot. Sadler had to paint during an unruly rainy day. It took him about eight hours and he had to do it under a plastic tarp to get it done in time.

“When they came on set, that was the first time the cast was seeing it,” Beachler said. “That was a heavy moment. He did an absolutely stunningly beautiful job. No one had actually seen it, not even Ryan at that point. He knew what we were going to do, but he hadn’t seen it. And so that was quite a moment for people to have to stop, sort of take that in.”

Black Panther: Wakanda Forever will be available to stream on Disney Plus on Feb. 1.