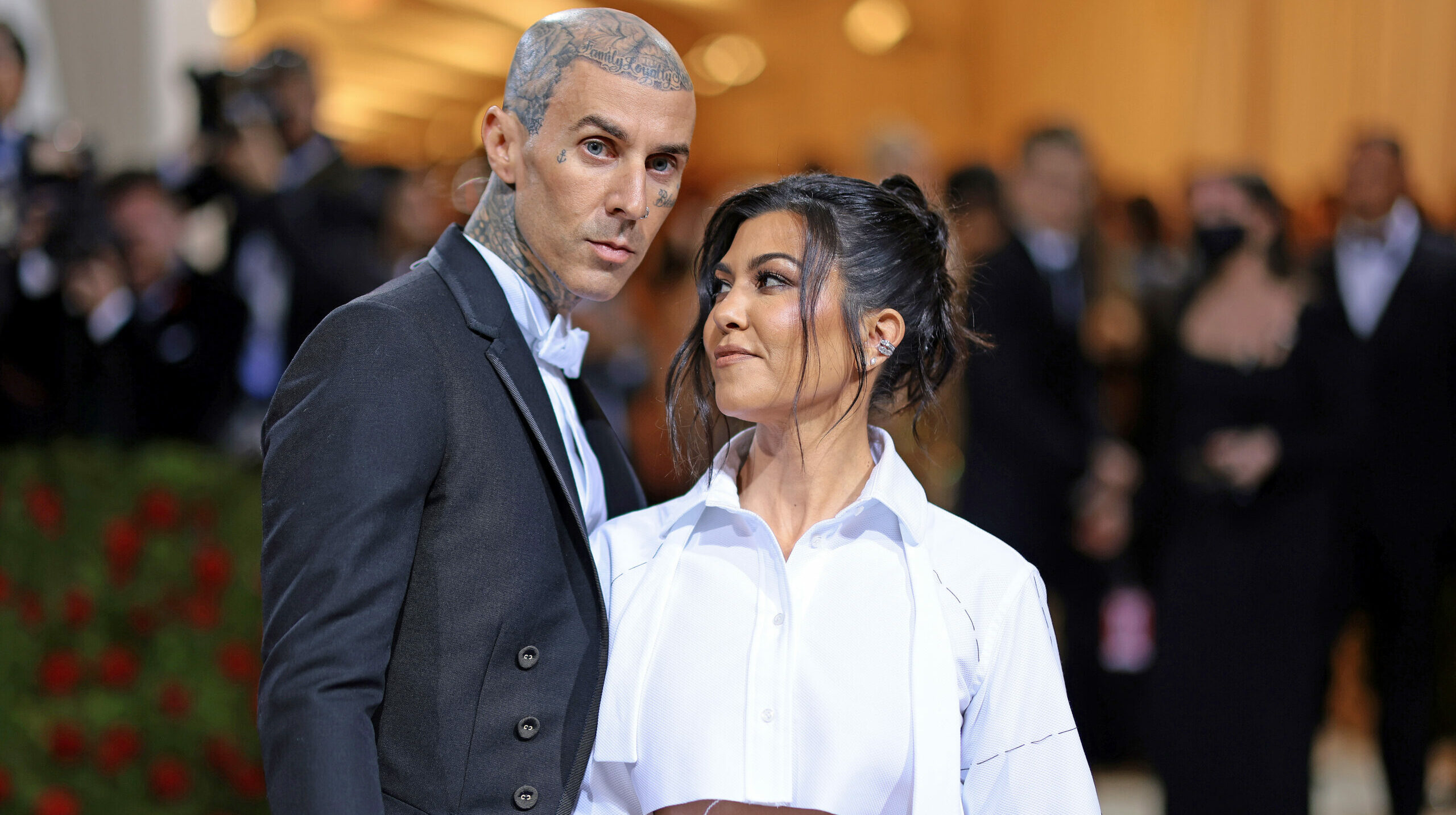 NEW YORK, NEW YORK - MAY 02: (L-R) Travis Barker and Kourtney Kardashian attend The 2022 Met Gala Celebrating "In America: An Anthology of Fashion" at The Metropolitan Museum of Art on May 02, 2022 in New York City. (Photo by Dimitrios Kambouris/Getty Images for The Met Museum/Vogue)

Kourtney Kardashian is officially a Mrs. after marrying Travis Barker in a sweet ceremony in Santa Barbara on Sunday. The couple had an intimate wedding, and they’ve formally shared snapshots of their special day.

Kourtney and Travis picked images special to them in separate Instagram posts to highlight their matrimony. Both shared a picture of a “Just Married” sign with cans on the back of their car with different photos of themselves in the moments after they tied the knot.

Looking stunning in a short white dress and veil, Kourtney smiled all afternoon while Travis donned a slick black suit with a matching shirt underneath. Barker took several opportunities to pepper Kourtney’s face with kisses as his snapshots highlight.

“All the details are set and the whole family, including all the kids, are very excited.”

Another source revealed that after the pair said, “I do,” they went back to Los Angeles to be with their kids.

“Kourtney was beaming. She feels beyond lucky to be Travis’ wife. They always planned to have a small ceremony just the two of them. They love Santa Barbara. Since they got engaged there, they were excited to get married there too. They have a bigger wedding celebration coming up soon.”

While this was their official wedding ceremony, the two got “hitched” in Vegas after the Grammys, but it was just a trial run since they didn’t have a marriage license. Here’s to true and PDA-centric love!