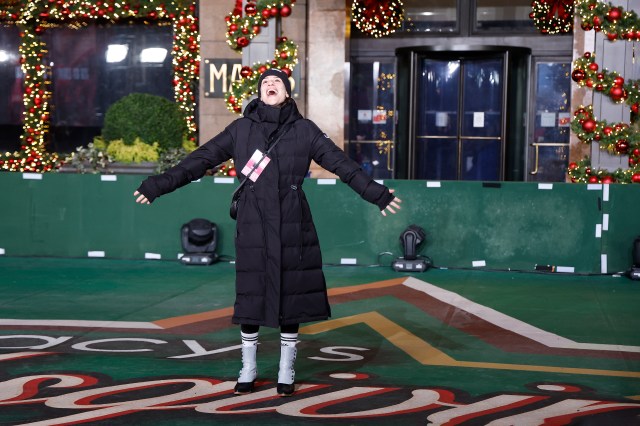 It’s hard to think of a more fitting way to open the annual Macy’s Thanksgiving Day Parade than with a performance of “Don’t Rain on My Parade” by the recently revamped cast of Broadway’s Funny Girl, which unfortunately (or fortunately?) includes Glee‘s controversial leading lady Lea Michele as Fanny Brice.

Michele was irreproachable as always, which attracted a tide of mixed feelings from people watching at home. The actress’ past controversies regarding her diva behavior on the set of Glee, and accusations of racism by co-stars, kept people from freely enjoying her performance, despite how perfect it was.

There is one quote by Chris Colfer’s Glee character Kurt Hummel about Michele’s character Rachel Berry (who is largely inspired by Michele herself) that always comes up when fans are forced to confront the artist’s undeniable talent.

A lot of the reactions note just how meta the moment feels, given Michele’s career so far and Rachel’s own musical theater aspirations and storylines on the Ryan Murphy show. Reality is getting a little too similar to fiction, but then that was always Murphy’s intention.

Of course, the actress couldn’t escape the memes about one of the wildest conspiracy theories the internet has ever birthed, about how she can’t read.

The iconic annual parade, which has become a staple of the holiday, featured a number of other Broadway performances, like The Lion King, and Some Like It Hot, as well as the traditional floats, and balloons.

Michele joined the cast of Funny Girl in September, replacing Beanie Feldstein, who had not been getting great reviews for her performance. Michele, on the other hand, has received nothing but compliments. She has apologized for her problematic past behavior and remained largely uncontroversial since taking on the new role.