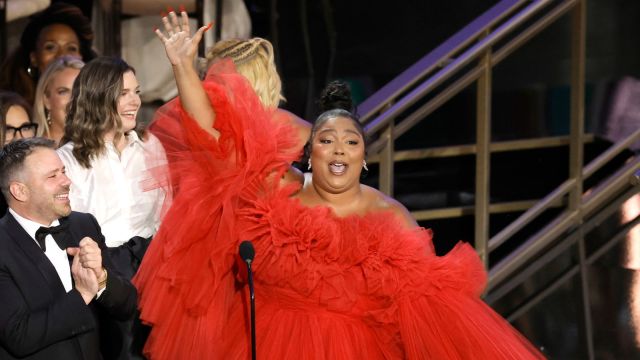 This year’s Halloween season came with a bang as people were finally able to go outside and enjoy the festivities following the pandemic. It’s the time of the year when people can cosplay without getting weird looks from the general public, including celebrities. But out of all the costumes showcased in this year’s event, Lizzo‘s has to take the cake.

Lizzo shared her costume for this year’s spooky season on Twitter: Miss Piggy from The Muppets. Not only did she look amazing in the costume, but she also made it work. She reminded fans how confident and iconic Miss Piggy was in the day and still is now.

It’s not just photos that she served fans this spooky season. Lizzo also dropped a video where she did her best Miss Piggy impersonation. She even got the voice down, to the point where she almost sounded just like the iconic Muppets character. She really nailed the costume down to the tiniest detail, something we’d usually see in cosplayers.

To top it all off, Lizzo recreated an iconic photoshoot of the Muppet character, saying that she loves Miss Piggy because of how iconic she is. Lizzo believed she was the “epitome of grace, style, and confidence” and she was a warrior of love.

Fans instantly fell in love with the costume as they sent Kermit the Frog reaction photos and wished she could be a guest star in the next Muppets film or TV show. They also pointed out that Miss Piggy was one of the good early representations of plus-sized characters in media, and was glad that someone like Lizzo could continue to spread what Miss Piggy represented.

Miss Piggy isn’t the only Halloween costume Lizzo served fans this season. The artist released photos of her dressed up as Marge Simpsons from The Simpsons as she recreated one of the poses seen in the show. It seems this year’s Halloween season was the perfect opportunity for Lizzo to dominate this year’s event, and she’s nailed it.