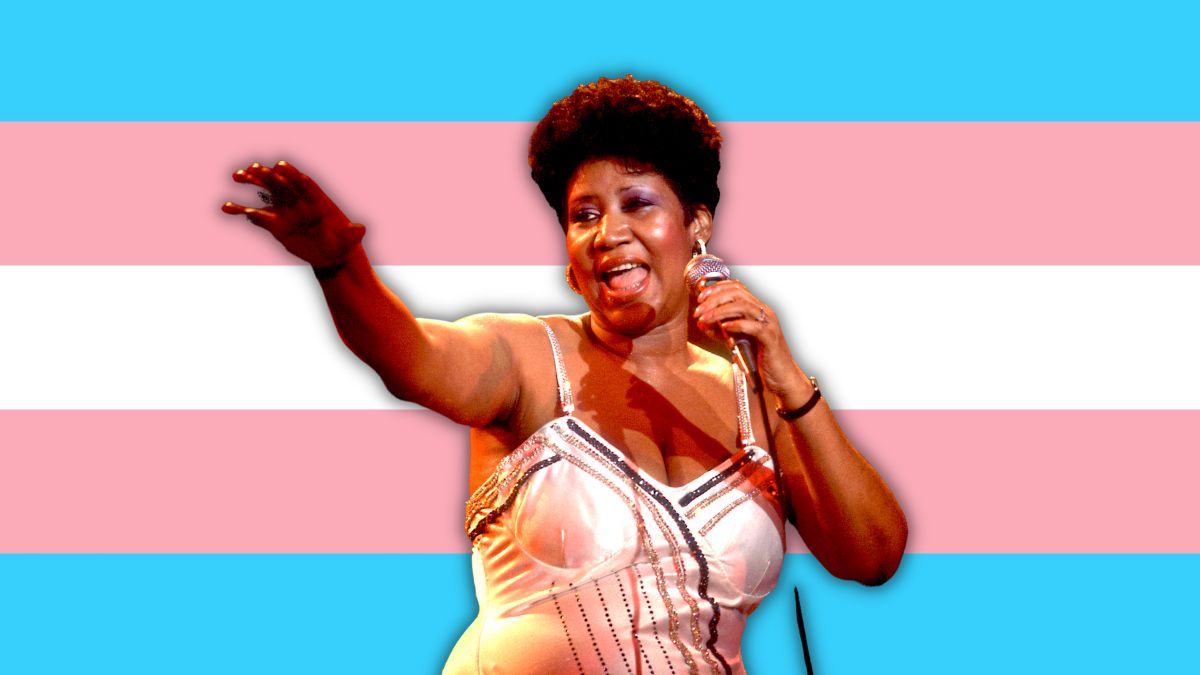 If you were to believe charlatan and intentionally misleading news outlets, you’d be under the impression the icon singer Aretha Franklin had become canceled by a dastardly mob of “transgenders” who won’t rest until their woke regime is in charge. But here’s the thing — absolutely none of this is true.

Franklin’s legacy is not being dragged through the mud, and nobody is seriously saying “(You Make Me Feel Like) A Natural Woman” is transphobic or any sort of hate speech. Here’s what’s happened, and it’s a good object lesson in what to look out for with apparent stories like these.

The account “Trans Cultural Mindfulness Alliance” (TCMA) has been active on Twitter starting in Jan. 2023, and almost immediately made explosive claims. With just 41 tweets, its first followers are none other than notorious alt-right figureheads. Funny, that. The tweet surrounding Franklin’s “A Natural Woman”, according to TCMA, perpetuates harmful anti-trans stereotypes. Almost immediately this tweet got amplified by far-right accounts and openly transphobic figures.

Mysteriously, following this tweet, the Daily Mail and New York Post reported on TCMA, characterizing it as a large LGBTQ+ organization who actively seek to stop art from circulating. There are some obvious errors there, as TCMA is not a registered not-for-profit organization in Oslo, Norway, or apparently anywhere else, and there seems to be no proof they exist outside of Twitter.

Similarly, every single search result for TCMA points back to articles covering this non-story. Again, funny how that’s worked out. The account had only been active for three days prior to its outlandish tweets, and has no proper contact details nor a press room, suggesting some not-particularly-skillful facetious nonsense by the always-hilarious right-wing troll community. The consequences, however, are disquieting, as reporting on this nothingburger as anything other than intentionally-misleading account could direct further hate and negativity towards actual trans people.

Frankly, it’s highly irresponsible for major outlets with huge reach to cover this without any skepticism or research. Within five minutes, it became clear to We Got This Covered it is a sham account, and this story has been almost perfectly designed to incite outrage within conservative media circles.

The incident is immensely similar to an elaborate prank conducted by Australian satirical group The Chaser, the antipodean equivalent to The Onion. The comedy group’s intern group decided to manufacture a controversy to demonstrate how blindly conservative media follows and reports on outrage, with little-to-no attempt to actually research further.

In their case, it was The Chaser under a guise making a petition declaring Australian confectionary classic “fairy bread” was an oppressive and homophobic name (“fairy” was a slur for gay people in Australia and elsewhere for many decades). Obviously, nobody with any skin in the game who isn’t at least somewhat dedicated to misreporting on LGBTQ+ people would genuinely report on this as real story. It was a media beat up.

The TCMA do not exist, and their account repeatedly seems to use language uttered by transphobes, such as describing trans people simply and pejoratively as “transgenders” in several tweets. The account, in an attempt to look legitimate to lazy fact-checkers at major outlets, appears to post “progressive” statements related to trans liberation — but again, their social media utterances are riddled with language used by TERFs. Dogwhistles are aplenty on the account, and it’s pretty easy to spot for those with internet literacy.

There can only be outright disgust at major, mainstream outlets and formerly-respected mastheads reporting on this Musk-era Twitter account as if it’s legitimate. Willful ignorance appears to be the go-to here, knowing their audience will eat up transphobic bile and not think any further about the information they’ve received.

Franklin was a trailblazer in music for many reasons, and is a revered for her activism in an era where Black women in particular were shunned and made unwelcome. The Queen of Soul advocated for greater recognition and rights for women, Black and Indigenous people, and songs including “A Natural Woman,” which was written by outspoken feminist and LGBTQ ally Carole King, as well as “Think,” and “Do Right Woman” have become anthems of empowerment and inclusion. And make no mistake, Ms Franklin was also a strong LGBTQ ally, as Liesl Tommy, director of 2021 biopic Respect, made clear in a Pride interview with Yahoo, saying “Her sister was a lesbian and she was a proud and loving supporter of her sister at a time when that was still pretty radical to be an out lesbian.”

But then again, if you’re after cheap hate-clicks, it’s easy to write about how a persecuted minority who only seek respect are trying to “cancel” art.