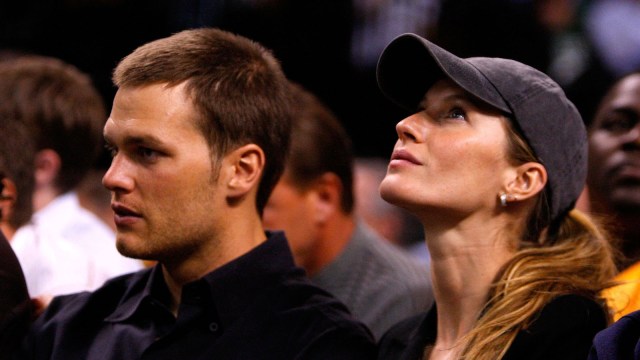 Whoever the opposite of Cupid is, they scored six direct hits yesterday in a flurry of marital splits that saw three prominent celeb couples announcing that they were untying the knot on the same day. October 4 may well go down in divorce history as the “Black Tuesday” of wedded acrimony.

Most prominently, longtime couple Tampa Bay Buccaneer Quarterback Tom Brady and Brazilian supermodel Gisele Bündchen finally made it official after weeks of a rumored split. The pair both sought divorce counsel and will now begin the long process of untangling their multi-million dollar fortunes and deciding on a co-parenting routine for their three children. The pair reportedly split after tensions flared when Brady announced he would be returning to play with Tampa Bay after less than six weeks of ostensible retirement.

The same day, Sister, Sister star Tia Mowry announced that she would be leaving her marriage of fourteen years to American Sniper actor Cory Hardrict. Mowry announced her separation to her fans in a bittersweet post on her Instagram account. She indicated that she and Hardrict would continue to co-parent the couple’s two children, son Cree, 11, and daughter Cairo, 4.

Court documents obtained by People indicate that Mowry has cited irreconcilable differences as cause in her filing and has requested that the pair share joint physical and legal custody of the children. Mowry and Hardrict have an existing pre-nuptial agreement.

And lastly, model Nazanin Mandi announced that she would be leaving R&B singer Miguel after over three years as a married couple. The two had separated once before in 2021 but Miguel announced that they had reconciled in an Instagram post made this February. According to TMZ Mandi ended the marriage due to irreconcilable differences. The couple has no children and court documents obtained by TMZ show that they have a pre-nuptial agreement.