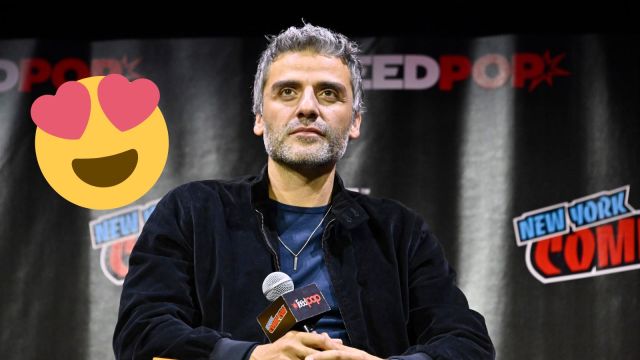 Just when you thought you couldn’t cherish Oscar Isaac anymore, the Moon Knight star has appeared onstage with Marcus Mumford to perform a song in a skirt.

Appearing out of absolutely nowhere at New York’s Beacon Theatre was Isaac, where he helped the solo-performing Mumford sing “Fare Thee Well”. Isaac and Mumford performed a version of the famous folk song for the film Inside Llewelyn Davis, and it’s now seen as a rare live performance with the two.

The banjo-less Mumford surprise guest has given fans plenty of joy, with there absolutely everything to love about Isaac’s appearance, including a delightful skirt. Unlike Harry Styles, Isaac has actually won the battle against gender norms and isn’t a terrible actor.

Isaac’s fans have had a stunning year of content thanks to Moon Knight, Dune: Part One, and countless loving exchanges around his status as the ultimate daddy with The Mandalorian’s Pedro Pascal. The future of Isaac as the Marvel Cinematic Universe’s lunar lunatic remains shrouded in mystery, but given the mostly strong reception to the first season it’ll likely pick up a sophomore season.

Mumford, meanwhile, has been a busy man in his solo career. His recent credits have seen him work on the soundtrack for Apple TV’s hit series Ted Lasso, as well as debuting his first solo album in Sept. 2022 in Self-Titled. The album received mostly positive reviews, with Phoebe Bridgers featured in one of the songs.

Isaac still has a stacked future ahead of him, with him addressing the development hell residing Metal Gear Solid film as something he’s still actively working on.