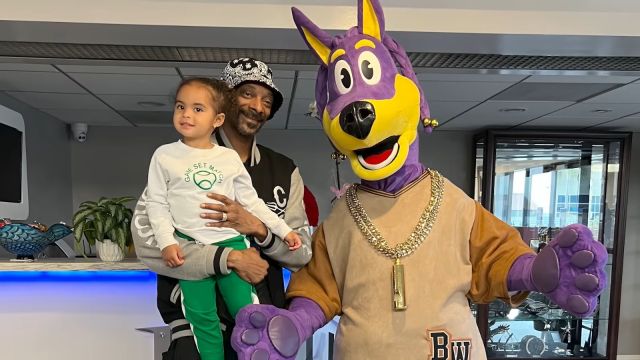 What is the first thing that comes to mind when you listen to rap? Alcohol? Sex? Money? Fame? Guns? But what about “self-love” and “positive affirmations?” The internet just found out about Snoop Dogg‘s children’s web series, where he teaches kids about self-love and positivity, and they’re loving it.

The video was from the official Doggyland TikTok channel, where they heard Snoop Dogg rap about positive self-affirmation messages. The name of the song is called “Affirmation Song” and has nearly 50,000 streams on Spotify. The video either has to be the most wholesome thing we’ve ever seen or it’s giving you whiplash because you’re not used to hearing Snoop Dogg rap about how “it’s going to be an amazing day.”

Whatever your opinion on Snoop Dogg’s change in target audience may be, his new music has caught the attention of the older demographic. It turns out that they also enjoy this style of music and will happily play it on repeat. Such a shame that Spotify is no longer collecting data for the 2022 Wrapped playlist.

Don’t be surprised that Snoop Dogg is now producing children’s music. The rapper is both a father and grandfather, hence why he has some experience knowing what children are going through.

Snoop Dogg launched an online children’s show called Doggyland, where he voiced the main character named “Bow Wizzle.” The rapper described the character as “a great version of Snoop Dogg,” at least for children. Snoop Dogg explained in a video how children love the rap genre, and he wanted to create a show that’s both educational and fun.