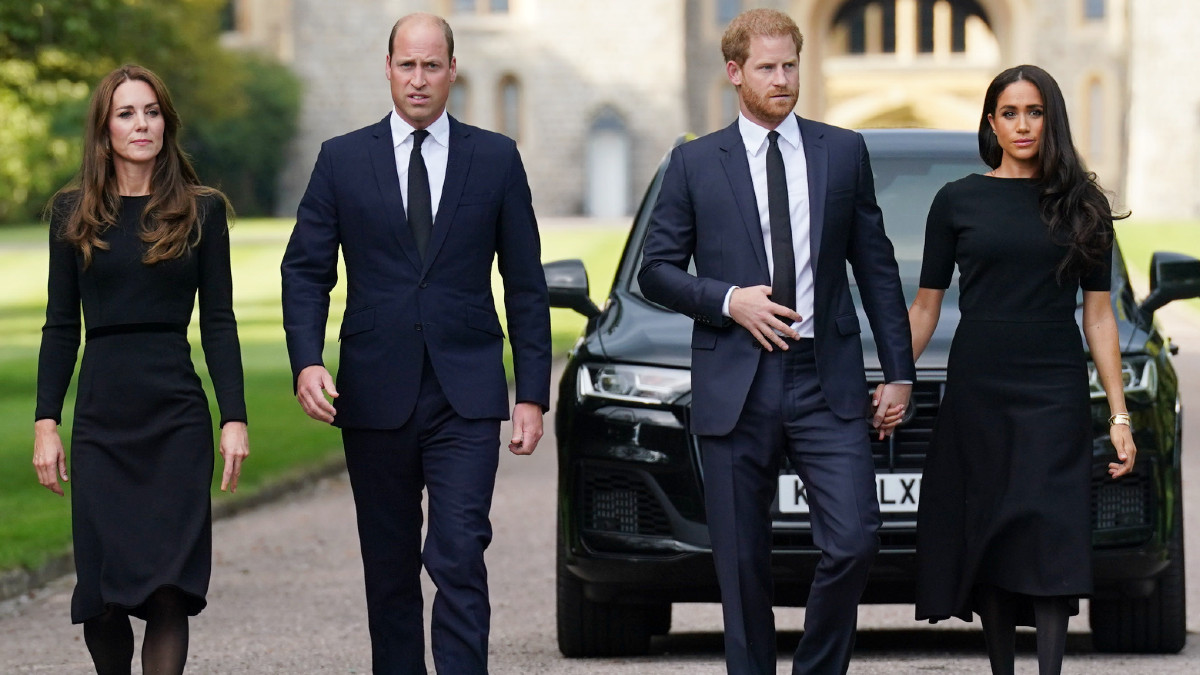 Prince Harry obviously has plenty of reasons to distance himself from the royal family, many of which he will detail in his upcoming memoir, Spare, which is said to be “raw, with unflinching honesty.” However, one detail that’s been leaked ahead of the book’s Jan. 10 release, about the Nazi costume Harry famously wore to a 2005 costume party, has people calling BS on the Duke of Sussex.

The theme of the party had apparently been “Native and Colonial,” and Harry, then 20, found himself on the front page of UK’s The Sun tabloid dressed as a Nazi soldier with a red armband featuring a large swastika. But he now says it was his brother Prince William (who wore a lion costume) and his now-wife Kate Middleton who encouraged him to wear the costume, according to Page Six.

In one segment of the book, obtained by Page Six, Harry writes about choosing the outfit, revealing that it was a toss-up between two costumes: a pilot or a Nazi.

“I phoned Willy and Kate, asked what they thought. Nazi uniform, they said,” Harry writes, adding that when he went home and tried it on for them, “They both howled. Worse than Willy’s leotard outfit! Way more ridiculous! Which, again, was the point.”

With no shortage of legitimate grievances — his stepmom did just dine with two of his wife’s biggest trolls, after all — it’s odd that Harry would choose to focus on that faux pas, which is putting it gently. And perhaps the full excerpt of the book will provide additional context, but for now, it doesn’t seem like a great look.

As more than a few people have pointed out, at 20, Harry was old enough to know the difference between right and wrong, and wearing an actual Nazi costume is about as wrong as you can get.

One of the other revelations that has surfaced from Harry’s book this week involves a physical altercation between the brothers, in which he writes that William “attacked” him after they got into a heated argument over Meghan Markle. It sounds very much like after Harry’s memoir comes out, there will continue to be no love lost between the two.