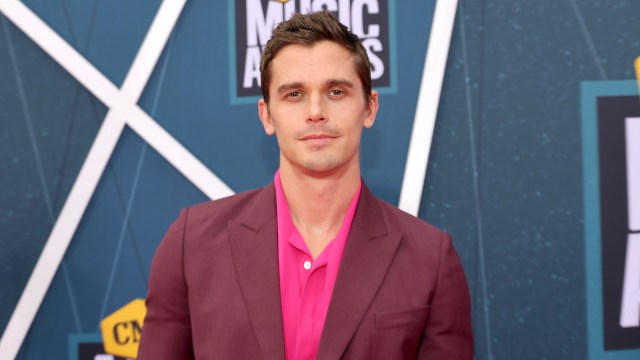 Queer Eye star Antoni Porowski caused a collective squeal among his followers on Instagram today after sharing a somewhat vague photo of him and his partner Kevin Harrington with a caption that all but announced their engagement.

“I really hope the wedding photos are less blurry,” he said, sharing a photo of him and Harrington that is indeed very blurry.

Such comments are par for the course for Porowski and Harrington, who share a mutual love for self-depreciation and anything but sentimentality. Of course, he would announce his engagement in this way.

Those who remained uncertain or skeptical that Porowski wasn’t just being his natural funny were offered further proof in his Instagram story where he shared a post made by a friend congratulating him on the engagement.

For his part, Harrington also shared a post to his Instagram page, with a caption that laid any doubts to rest. “Officially together until we look like the last pic #engaged,” he said. The last picture, in case you’re wondering, is a photo of him and Porowski wearing face paint that makes them look half-dead and like skeletons, a Halloween costume of years past.

Porowski and Harrington have been together since 2019, according to Harrington’s Instagram. Over the years, fans have enjoyed watching the pair take a bite out of their own egos while simultaneously showering the other in love. An engagement was the only natural next step, and further clears the air between a love triangle between Porowski, Harrington, and fellow Queer Eye costar Jonathan Van Ness.

Yes, we do in fact hear those wedding bells now. Let them ring!